Fashion conscious Phoebe Smith wants only one thing: a date for the works party in six weeks’ time. She embarks on a journey to find her man and keeps a private blog of all her disastrous encounters. But when her four-year-old nephew gets into her account, Phoebe’s problems only just begin. With Tinder calamities, a male escort and a pork pie addiction, Phoebe tackles her biggest problem: the just too irritating Harry Bloom. Come with Phoebe on her search for the perfect man and see who will accompany her to the party in this hilarious romantic comedy novel.

This has to be my favourite book by Lynda Renham to date. It has got such a captivating plot and you’re left with oodles of that “feelgood” feeling that readers have come to expect from her books.  I’ve just finished it and have been left with such a big smile on my face! I usually do most of my reading in bed at night but had to give up last night as apparently my hubby couldn’t sleep because of my “incessant snorting and chuckling”.  But that’s what I loved about Phoebe Smith and her (not so) private blog-you just never knew what she would come out with next!

Phoebe has split up from boyfriend Ashby (fab name!) and so she is now dateless for the Guildhall Ball. But her friends Mak and Imogen are there to advise her on the next steps to take to get back into the dating game…unfortunately it looks like they have a few problems of their own too. Her sisters husband is ready to help out but surely Phoebe can find her own date for the night?

I just loved Phoebe right from when we met her on New Years Eve and her friend Imogen (plus much alcohol) convinces her to start a blog. Phoebe was like a Bridget Jones for the blogging and YouTube generation where Tinder is no longer an embarrassing way of finding a relationship but a very commonplace way to find your next partner! Her friends and family also had some great comedy lines and I loved the way some of the characters behaved in a not quite politically correct manner at times! The one liners just kept on coming and Phoebes journey to find love was filled with hilarious mishaps. I adored Harry Bloom as soon as he appeared (sigh!) and was willing Phoebe to look further than his connections to Bloom Properties.

As a blogger it was fabulous to see a blog playing a HUGE role here in changing Phoebes life. And the reactions to her blog posts lead to some of the funniest moments for me during her rise to unexpected fame. Honesty, I was giggling so much at some of the situations she found herself in. Despite all her little foibles, she was a engaging heroine whom I was cheering on to succeed in life and love.

Lynda Renham has a wonderfully warm and witty writing style that you sink into as soon as you start to read, leading to many pages being turned before you come up for air again. She has written a delightful modern rom-com that will have you laughing out loud and I thoroughly enjoyed it.

Thanks to the publisher for my review copy of Phoebe Smith’s Private Blog.

was published by Raucous publishing in e-book on 10th November with the paperback available from 25th November. 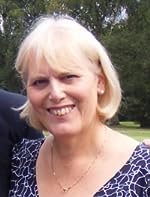 Lynda Renham is famous for her romantic comedy novels. She has been called A Comedian in a Book, Chicklit Royalty and A Comic Genius. Her writing style has been likened to Sophie Kinsella but is refreshingly down to earth with characters that become your friends. Lynda is a prolific writer, blogger and when not writing can usually be found wasting her time on Facebook.