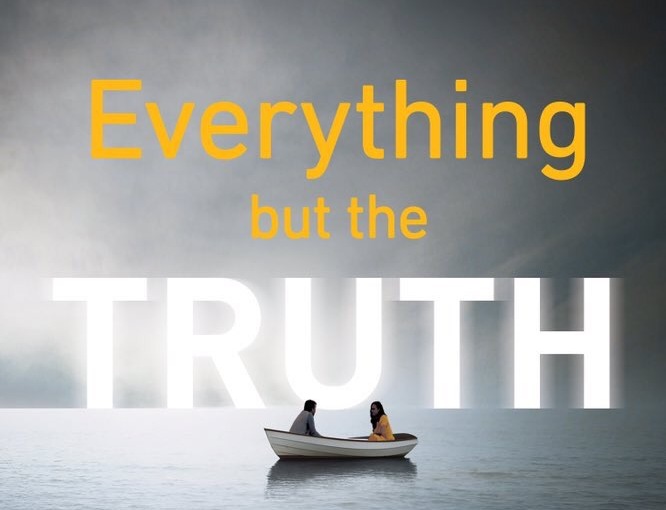 It all started with the email.

It came through to her boyfriend’s iPad in the middle of the night. Rachel didn’t even mean to look. She loves Jack, and she’s pregnant with their child. She trusts him. But now she’s seen it, she can’t undo that moment, or the chain of events it has set in motion.

Why has Jack been lying about his past? Just what exactly is he hiding? And doesn’t Rachel have a right to know the truth at any cost?

Wow! Just….Wow! Shall I just leave it there? A review summed up in just one word? If I could I would but I need to tell you all why I have been blown away by this beautifully written debut by Gillian McAllister. She has written an intriguing and intelligent psychological suspense that has been perfectly plotted to make yourself ask “what would I have done?”

Have you ever picked up a book and had that weird feeling that it was written especially for you? That the author has somehow been stalking your social media as there is so much in their book that you can relate to your own life?  Well, that was how I felt here! From mentioning my favourite drink in Starbucks, a medical story that brought back some funny (painful!) memories and a “game” that I often play with my family and friends, Everything But the Truth felt personally tailored to our current obsession with social media and its involvement in our everyday lives. At one point Jack says “It was of its time” and that pretty much sums up the whole rounded experience of reading this book. There was just so much fascinating information regarding current issues in it that I often stopped to Google things so I could investigate further!

I loved the authors writing style and settled into her unique storytelling “voice” almost immediately as I was drawn into the lives of Rachel and Jack. One of the things I especially liked was the use of shorter sentences structures which quickly evoked a feeling of time and place. I thought all the characters were well rounded but not over exposed and I could actually feel the authors affection for some of them radiating out from the page, mainly for Rachel’s Dad whom I definitely had a soft spot for! I did get incredibly frustrated by Rachel at times though as the author teased us with snippets throughout before revealing the full facts behind Jacks mysterious past and the email that sparked off Rachel’s quest for the truth at any cost. But I also felt a strong motherly connection to her as well where I wanted her to have the “happy ever after” that she so desperately desired.

Gillian McAllister is a real find for me and I predict HUGE success for her in 2017. Everything But the Truth is a strikingly brilliant debut with a moral dilemma that has stayed with me since I finished the perfectly executed last few pages. Put it on your 2017 wishlist right now. It’s OUTSTANDING!

Everything but the Truth

will be published by Penguin UK Michael Joseph on March 9th 2017 and it available to pre-order now at Amazon UK.

Gillian McAllister lives in Birmingham with her boyfriend and her cat. She enjoys reading books in bed while it rains outside and that moment where you think ‘what if…’ and a novel idea is born.