Today I am delighted to be a stop on the blog tour for the second psychological thriller by Louise Jensen called The Gift.

The perfect daughter is dead. And a secret is eating her family alive…

Jenna is given another shot at life when she receives a donor heart from a girl called Callie.Eternally grateful to Callie and her family, Jenna gets closer to them, but she soon discovers that Callie’s perfect family is hiding some very dark secrets …

Callie’s parents are grieving, yet Jenna knows they’re only telling her half the story. Where is Callie’s sister Sophie? She’s been ‘abroad’ since her sister’s death but something about her absence doesn’t add up. And when Jenna meets Callie’s boyfriend Nathan, she makes a shocking discovery.

Jenna knows that Callie didn’t die in an accident. But how did she die? Jenna is determined to discover the truth but it could cost her everything; her loved ones, her sanity, even her life.

I absolutely loved The Sister which was the debut novel by Louise Jensen and was rather excited to read her second book The Gift. Would it live up to those fabulous reviews for her first book? I’m really pleased to say that not only did it live up to my expectations, it smashed them! This book is BRILLIANT!

Louise Jensen is a natural storyteller but what she really excels in is her ability to create characters that we can relate to and care about. Jenna is such an interesting fictional case study for “cellular memory” following her transplant and I dare anyone not to be sucked into this fascinating and intriguing premise based on actual research projects. Organ donation is such an emotive subject to discuss and one that is very close to my heart (no pun intended). And although this book is a psychological thriller and not an emotional tearjerker, if it makes just one person raise the subject of their own personal preferences regarding organ donation with their family then I will be a happy bunny!

That aside, The Gift has a brilliant and original plotline that will keep you guessing until the final pages. The twists and turns combined with a host of shady characters meant that I was never quite sure what had happened to Callie, the perfect daughter/sister/fiance who we never get to meet while she is alive-just when her heart has been transplanted into Jenna’s chest. But I loved her almost as much, if not more, than the brave and inquisitive Jenna. Her personality shone through on every page she was written onto and as it overlapped with Jenna’s character I found myself praying that the transplant hadn’t been in vain and that both girls survived in some form or other.

There is so much more to this book than just a psychological suspense. It has a depth of emotions that float to the surface to surprise the reader with how much they have come to care about Jenna’s fate and the truth behind Callie’s death. I raced through it, mainly hoping the faster I read the less likely I was to cry but upon finishing I had to admit defeat as I wiped the tears from my eyes. I just loved it.

Many thanks to Bookouture for my advanced copy of The Gift which i have chosen to read and review.

The Gift: The gripping psychological thriller everyone is talking about 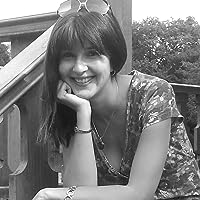 Louise is a USA Today Bestselling Author, and lives in Northamptonshire with her husband, children, madcap spaniel and a rather naughty cat.

The Sister is Louise’s debut novel and it reached No.1 on the Amazon Kindle chart in both the UK and Canada and No.1 on iBooks. Louise’s second book, The Gift, will be published on 16th December 2016.

Louise loves to hear from readers and writers and can be found at http://www.louisejensen.co.uk, where she regularly blogs flash fiction.

5 thoughts on “The Gift by Louise Jensen #BlogTour @bookouture @Fab_fiction”