She stole her husband. Now she wants to take her life.

After the horrors of the past, Louisa Williams is desperate to make a clean start.
Her husband Sam is dead. Her children, too, are gone, victims of the car accident in which he died.
Sam said that she would never get away from him. That he would hound her to death if she tried to leave. Louisa never thought that he would want to harm their children though.
But then she never thought that he would betray her with a woman like Sophie.
And now Sophie is determined to take all that Louisa has left. She wants to destroy her reputation and to take what she thinks is owed her – the life she would have had if Sam had lived.
Her husband’s lover wants to take her life. The only question is will Louisa let her?

Wow! This is one book that will seriously mess with your head! The Queen of the “domestic noir” has taken her reign to the next level with this terrifying and gripping psychological suspense. This book is very VERY clever and you won’t realise how clever till the end-when you will want to stop…wait until your goosebumps have gone down…then go right back to the start to read it all over again!

I was desperate to read this after seeing Julia talk on a panel at Theakstons Crime Festival last year. And whilst there I also received a sampler with the first chapter and from there I was hooked-I needed that book!! But those first few pages did NOT prepare me for the chilling and twisted full length novel that followed! I adore an unreliable narrator so imagine my growing excitement when I realised there was not one but TWO here! The opening chapters where Louisa is coming to terms with the devastating impact of the car accident that has robbed her of her husband and children were so hard to read. And then for her to have to deal with the devious Sophie who has started a terrifying campaign of revenge on top of all that was astounding. But sometimes the more we watch, the less we see.  I started by hating Sam, the husband/lover but then I felt sorry for him and then I hated him again and then….well, you get the gist! And this happened with both Louisa and Sophie as well-honestly, I was exhausted from having my emotions pumped up then let down again! These two women are so cleverly created, both remarkable but memorable for very different reasons. I’m sure Book Club’s up and down the country could spend hours having heated debates about their moral differences!

Julia Crouch has created an all-consuming page turner here that is a perfect example of it’s genre and I loved it! In fact I think it’s her best book to date. It’s deliciously dark and intense and you won’t be able to put it down. Outstanding!

will be published by Headline on 26th January 2017 and is available to purchase from Amazon UK here. 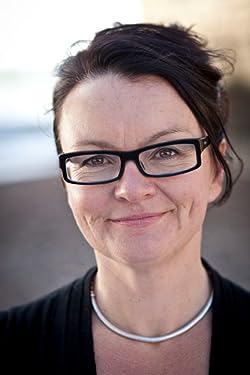 After a drama degree at Bristol University, Julia Crouch spent ten years devising, directing and writing for the theatre. During this time she had twelve plays produced and co-founded Bristol`s Public Parts Theatre Company. She lives in Brighton with her husband, the actor and playwright Tim Crouch, and their three children

11 thoughts on “Her Husband’s Lover by Julia Crouch #BookReview”