Thirteen-year-old Sharlah Nash knows that the first time her brother killed eight years ago, he did it to save their lives.

Now retired FBI profiler Pierce Quincy and his wife Rainie Conner have offered Sharlah a new life of safety. She desperately wants to believe this is her shot at happily ever after.

Then two people are murdered in their local convenience store and Sharlah’s brother is identified as the killer.

Telly Ray Nash is on the hunt for Sharlah and as the death count rises it becomes clear that nothing and no one, including Pierce and Rainie, will stop him getting to her.

Now, Sharlah has one chance to take control.

She can run for her life… or turn and face the danger right behind her.

My favourite time of the year! A new Lisa Gardner book to read! And this one is a little bit special as it has the return of my favourite characters from previous books Pierce Quincy and Rainie Connor. I do love DD Warren and Tessa Leoni but I have always had a soft spot for Quincy and it was wonderful to be able to reconnect with him and Rainie as they head into a new direction in their life together.

Right from the first chapter here, I was hooked. The brilliant way Lisa Gardner draws her readers in never fails to amaze me. When we first meet Telly and his sister Sharlar they have a close relationship, he takes care of her when their parents aren’t able to. But one night of violence tears their family apart and now they live with separate foster carers. I loved seeing Quincy and Rainie in a different setting to normal as foster parents to Sharlar, the relationship dynamics have changed and their cosy home life seems at odds with their careers as profilers. When a double shooting leads a little bit too close to their door, Quincy has to make some very difficult parenting decisions which, if you have read the previous books, you will know have proven catastrophic in the past.

Saying that, you don’t have to have read any of the previous books as this does works incredibly well as a standalone novel. It’s just as engrossing as all of her previous books, with plot twists and red herrings galore and if the clues were there then I totally missed them! This is a very clever thriller, with fascinating characters (a tracker who is also a cheese maker!) following a case that is never quite as straightforward as it would appear.

And now having finished Right Behind You, all I want to do now is go back to the start where we first met Quincy (7 books ago) and read them all again! Now that’s the sign of a PERFECT series!

Right Behind You (FBI Profiler Book 7)

is published by Headline on 31st January 2017 and is available to purchase from Amazon UK. 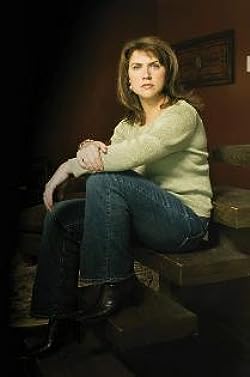 Lisa Gardner is a New York Times and Sunday Times bestselling author. Her FBI Profiler novels include SAY GOODBYE, GONE and THE KILLING HOUR. Her Detective D.D. Warren series includes THE NEIGHBOUR, which won the International Thriller Writers’ Award in 2010, CATCH ME, CRASH & BURN and FIND HER. Lisa lives with her family in New England.

4 thoughts on “Right Behind You by Lisa Gardner #BookReview”