This year I’m making sure I catch up on all those books sitting on my TBR pile both on my kindle and my bookshelf. Today’s book was purchased on 1st June 2016.

When your life is a lie, who can you trust?

When Maggie Taylor accepts a new job in Manchester, she is sure it is the right move for her family. The children have settled well although her husband, Duncan, doesn’t appear to be so convinced.

But nothing prepares her for the shock of coming home from work one night to find that Duncan has disappeared, leaving their young children alone. His phone is dead, and she has no idea where he has gone, or why. And then she discovers she’s not the only one looking for him.

When a woman who looks just like Maggie is brutally murdered and DCI Tom Douglas is brought in to investigate, Maggie realises how little she knows about Duncan’s past. Is he the man she loves? Who is he running from?

She doesn’t have long to decide whether to trust him or betray him. Because one thing has been made clear to Maggie – another woman will die soon, and it might be her.

With a new Rachel Abbott out this month, I realised that I hadn’t read her LAST one which has been languishing on my Kindle since 1st June last year. Honestly, what sort of superfan am I?! My granddaughter still asks, even now, if I’m going to read Stranger Child again which I read in the summer of 2015 ( she loved the cover and I was obviously making OMG sounds throughout!) so I have no idea why it’s taken me so long to get round to Kill Me Again!

Kill Me Again is the fourth novel to feature DCI Tom Douglas and if you’ve never had a case of “fictional character crush” before, then you certainly will once you meet Tom Douglas! And be still my beating heart….. Tom is possibly back on the market! If you haven’t read any of Rachel’s books before I would always recommend starting with Only The Innocent where we are first introduced to Tom. But saying that, all of Rachel’s books work really well as standalone books.

The storyline here is wonderfully clever and complex with twists and turns galore, some I guessed and others came as a rather big shock! Rachel Abbott has an intense and hypnotic writing style that grabs you from the start. Her characters are always ordinary people caught up in extraordinary circumstances that test their moral compass. Maggie, the defence solicitor, ends up questioning everything she knows about her husband when he acts very out of character. Following his disappearance it becomes obvious that the dead women being discovered in unusual locations in Manchester are connected to Maggie in more than just looks.

I love books set in and around Manchester and the unique and hidden settings described here were used to compliment the plot to great effect throughout. And although I loved the recurring characters of Tom and Becky, I have to say that I didn’t take to the character of Maggie as much as I thought I would! Sometimes I just wanted to shake some sense into her due to her incredible naivety and the risks she took with her children’s safety! I found her so frustrating but then I thought, who knows how they will react when faced with the prospect of having to protect their family?

I really enjoyed this latest case for Tom Douglas and still think he should be transferred to the small screen as these books would make brilliant tv viewing. And now that I’m all up to date I can finally start to get excited about The Sixth Window out later this month! Bring it on!

is available to purchase from Amazon UK. 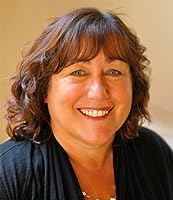 Rachel Abbott’s debut thriller, Only the Innocent, was an international bestseller, reaching the number one position in the Amazon charts both in the UK and US. This was followed by the number one bestselling novels The Back Road, Sleep Tight and Stranger Child. Nowhere Child – a short novel based on the characters from Stranger Child – was Rachel’s fifth book. In February 2016 she released her sixth novel, Kill Me Again.

In 2015 Amazon celebrated the first five years of the Kindle in the UK, and announced that Rachel was the #1 bestselling independent author over the five-year period. She was also placed fourteenth in the chart of all authors. Stranger Child was the most borrowed novel for the Kindle in the first half of 2015.

Rachel now lives in Alderney – a beautiful island off the coast of France, and is now able to devote time to her other love – writing fiction. For more information, see Rachel’s website, or follow her on Twitter.