My Tweets
Join 16,079 other followers

Today I’m delighted to be on the blog tour for Blink by K.L. Slater.

What if the person you love most in the world was in terrible danger … because of you?

Three years ago, Toni’s five-year-old daughter Evie disappeared after leaving school. The police have never been able to find her. There were no witnesses, no CCTV, no trace.

But Toni believes her daughter is alive. And as she begins to silently piece together her memories, the full story of the past begins to reveal itself, and a devastating truth.

Toni’s mind is trapped in a world of silence, her only chance to save herself is to manage the impossible. She must find a way to make herself heard. She must find her daughter.

A compelling, gripping thriller with a breathtaking twist that will keep you awake until the early hours. Perfect for fans of The Girl on the Train, Behind Closed Doors and The Sister.

So last night I couldn’t sleep so decided to start this book. Two hours later I was downstairs making myself a coffee so I could stay awake to finish this brilliantly gripping and twisty tale of a mother trying to solve her daughter’s disappearance. I started off telling myself “just one more chapter” then I gave up and totally abandoned myself to the fact that this book was not getting put down till the very last word was read.

We have all been here I think, terrified of being late somewhere to pick up a child and something bad happening so that there is no one there when you arrive -it has certainly been a recurring nightmare of mine! And I have to say that A LOT of books play on this greatest fear as a parent, which is why there are so many missing child books out there. So to stand out from the crowd, there has to be something very unique and special about this sub-genre, the development of the plot especially. And here K.L. Slater really does pull the rabbit out of the hat with her take of a family in turmoil, but beware the “smoke and mirrors” as this book will totally mess with your mind!

I enjoyed Safe With Me, the authors previous psychological suspense, but this one resonated with me far more than I had expected it to and I loved it far more than I was expecting to. Her writing style draws you right from the very first page, creating an unputdownable mystery where you just have to know what happened to Evie and why. So be prepared to start this only if you have nothing else to do. You have been warned!

Many thanks to Bookouture for my review copy of Blink.

is published by Bookouture on February 16th and available to purchase from Amazon UK. 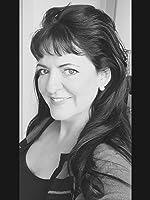 For many years, Kim sent her work out to literary agents but never made it off the slush pile. At the age of 40 she went back to Nottingham Trent University and now has an MA in Creative Writing.

Before graduating, she received five offers of representation from London literary agents and a book deal which was, as Kim says, ‘a fairytale … at the end of a very long road!’

Kim writes psychological crime thrillers for Bookouture. Her first book, ‘Safe with Me’ is published on 3rd November 2016.

Kim is a full-time writer and lives in Nottingham with her husband, Mac. Between them they have three grown-up kids; Kim’s daughter, Francesca, and Mac’s sons, Nathan and Jake.

She also writes multi-award winning YA fiction under the name Kim Slater.