It’s winter, the nights are dark and freezing, and a series of seemingly random assaults is pulling DI Marnie Rome and DS Noah Jake out onto streets of London. When Marnie’s family home is ransacked, there are signs that the burglary can have only been committed by someone who knows her. Then a child goes missing, yet no-one has reported it. Suddenly, events seem connected, and it’s personal.

Someone out there is playing games. It is time for both Marnie and Noah to face the truth about the creeping, chilling reaches of a troubled upbringing. Keeping quiet can be a means of survival, but the effects can be as terrible as killing.

Having followed this series from the start, I was incredibly impatient to get cracking on Marnie Rome #4 as there is so much I still want to explore with Marnies character. Each book brings a different case for Marnie and DS Noah Jake but the backstories for these two characters are just as compelling as the crimes they are faced with and it’s been fabulous to find myself back in their world.

This time it looks that a series of unconnected crimes may not be as unrelated as first thought. They also seem to be developing into a case much closer to Marnie than she would like. Her foster brother is still locked up safely but that doesn’t seem to stop him being able to reach out with his poisonous tentacles of hatred and infect others with his evil intentions. Honestly, he made my skin crawl! The personal threads woven throughout made for difficult reading at times but Sarah Hilary writes a balanced viewpoint at all times. The narrative is hard hitting and intelligent at all times and the investigation procedure is well crafted from the groundwork upwards. It sometimes felt like one of those documentary series about real life police procedures due to the gritty real life problems that affected all the characters throughout. This book touches on gangland violence, the involvement of social services but most of all the theme of parenting in the most difficult of these circumstances. The layers of Marnies story have been peeled back slowly since the first book she appeared in and her personality has developed, alongside that of Noah, to help further their efforts in solving the crimes that occur here. And there is plenty more mileage left in them both! So I’m now on countdown for Marnie Rome #5!

I am once again in awe of how on point Sarah Hilary is with her social observations.  And let’s not forget her complex plotting, which I always fail to unravel. I can highly recommend this series but would probably advise starting at the very beginning to get the most out of Marnie, Noah and their backstories. I do hope that if this IS made into a tv series the producers get it right-if they do, it will be magnificent! And I look forward to seeing who they would cast as Marnie, as in my head she always looks a lot like Sarah Hilary herself!!

So make sure you have nothing else in your life and settle back to immerse yourself in one of the most realistic and relevant crime thrillers you will ever read.

I received a copy of this book via netgalley.

is available now on Amazon UK 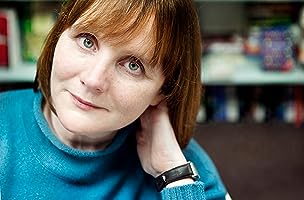 Sarah Hilary has worked as a bookseller, and with the Royal Navy. Her debut novel, SOMEONE ELSE’S SKIN, won the Theakstons Crime Novel of the Year 2015. It was the Observer’s Book of the Month (“superbly disturbing”), a Richard & Judy Book Club bestseller, and has been published worldwide. The Marnie Rome series is being developed for television.

5 thoughts on “Quieter Than Killing by Sarah Hilary #BookReview”