In 1895 nine American heiresses travelled across the Atlantic and bagged themselves husbands and titles. Though this phenomena had been happening for many years, 1895 was undoubtedly the most successful one for the unofficial marriage brokers Lady Minnie Paget and Consuelo Yzanga, Duchess of Windsor. For the English gentlemen the girls married it was a way to sustain their land, houses and all of the trappings of aristocracy. For the girls, who came from new money and were therefore not part of the American social elite, marriage was a means to obtaining the social prestige they craved. The Transatlantic Marriage Bureau will romp through the year to tell the story of these nine women – the seasons, the parties, the money and the titles – always with one eye on the remarkable women who made it happen behind the scenes.

When I was about 9 I watched an ITV series called Jennie starring Lee Remick which was based on the life of Jenny Jerome, an American heiress who married into the British Aristocracy and gave birth to Winston Churchill. I was quite an obsessive child and I immediately wanted to know everything about this woman and that period in time where so many rich American women were adapting to a different lifestyle here in the UK. And that was why I was keen to read more about the women who helped to set up some of those more high profile matches. This book concentrates on one year 1895 and how the seasonal social events of that year led to those unions.

I actually took over a week to read this which is a long time for a speed reader like myself. But this isn’t a book to be rushed as it has a huge amount of detail and names that needs to be slowly digested to understand the complex relationships that entwined the main players here. We follow Lady Minnie Paget and Consuelo Yzanga as well as Alva Vanderbilt, who is desperate to make a good match for her daughter Consuelo even thought it isn’t what she wants. But both sides were seen to win here, the girls got their titles and the aristocracy got the girls rather hefty dowries to prop up their shabby estates.

This is a well researched book backed up by historical references and family trees so that you’re able to cross reference what you’re reading and research further if you so wish. I liked the authors writing style and the brief fictional descriptions or suppositions of how they could have been acting around the time of these events, which made me wonder why she hadn’t attempted a fictional account of the time which I think would have worked just as well. It reminded me of Lady Cora in Downton Abbey and made me surmise that Julian Fellows had certainly done some research of this phenomenon when he was recreating an aristocratic families dynamics at Downton!

I think this book will appeal to a variety of readers especially those with a fascination for this period of time or with the works of Edith Wharton which are occasionally quoted here. It’s not a book to rush but one to immerse yourself in fully while experiencing this historical curiosity that changed the family trees of some of Britain’s most influential figures.

The Transatlantic Marriage Bureau: Husband hunting in the Gilded Age:  is available now as an ebook or in hardback from Amazon UK. 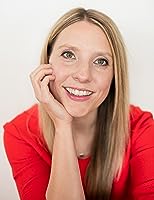 Julie Ferry is a freelance journalist who has written for the Guardian, Sunday Times, Sunday Telegraph and the Independent, among others. She writes on subjects ranging from protecting women’s rights to discovering Paris alone.

She graduated from Cardiff University with a degree in English Literature and then upped sticks and moved to a tiny island between Japan and South Korea to teach English, where she quickly got used to being followed around the supermarket by her students. It was in Japan that she got her first byline and was quickly hooked. Since then, she’s been fortunate to write for most of her favourite publications, but always harboured dreams of seeing her name on the front of a book.

Now, she’s managing to combine her love of writing and an obsession with interesting and largely unknown women from history, with the school run in Bristol, where she lives with her husband and two children.