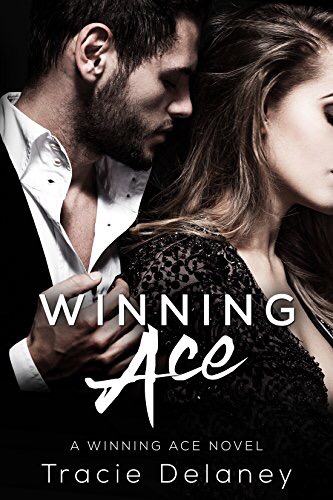 In another of my occasional series #WhenDreamsComeTrue I have a guest post from Tracie Delaney who is about to publish her debut novel! I first met Tracie at a Blogger/Author get together, organised by the lovely Kim Nash, in Birmingham about a year ago. Since then I have been waiting patiently for the news that her first book is on its way! And now it is!

Getting Winning Ace to market has been such an exciting journey. When I pressed the ‘publish now’ button on Amazon, iBooks, Nook and Kobo, I have to say I felt a mixture of pure elation—I did it!—to terror—Oh My Goodness. People might find my book and read it!

I’ve always had a love affair with books, from a very young age. When I was in my early twenties, I wrote about fifty thousand words of a novel (and in those days I did it longhand), but then never finished it. Self doubt came to the fore. Why would anyone want to read anything I wrote?

After that, life kind of got in the way. I had a career to build and a mortgage to pay. Then about six years ago, these characters sprang into my head from nowhere. Literally, one day my mind was free and clear; the next, I could not shut them up. They demanded their story be written.

The next day I sat down and did as I was told. When I typed ‘The End’ on that first novel, little did I know it was only the beginning. If I compare my achievement to mountain climbing, I was still at the hotel in Nepal, and base camp, let alone The Summit, was a long way off.

Recognising I needed practice, I wrote a second book. And then I had a piece of good fortune. I began to follow a site called The Editors Blog. It had the most amazing advice for writers, all given freely and generously. I sent the owner of the site, Beth Hill a sample of my work. Her feedback, although direct, was exactly what I needed. She told me what I already knew deep down. I was far from the finished article.

That contact started an almost four year journey with Beth. She became my mentor. I owe everything to that amazing lady who taught me everything I know about creative writing. I’m still learning, every day, but I will never forget that my journey started with her.

I remember sending her a very early draft of Winning Ace, over two years ago now. I was on holiday in Florida when I received her email….”Now we’re working with a real Work In Progress”.

That email gave me the courage to continue with the series. I’ve always believed in these characters and I knew their story was too long, too big to tell in one book. So I planned three.

And here we are.

The whole series is written, currently going through edits, and I have a publication schedule locked in. If you’d told me six months ago this is where I’d be, I would have laughed in disbelief. But with hard work and the willingness to learn from others, this is possible. I am living proof. I have no idea whether my books will be successful. But what I do know is I will never stop writing and I will never stop trying.

Self-publishing is not the ‘easy route’. In fact, it’s the difficult route. You have to become the CEO of your own business. You need to learn quickly (and there is an enormous amount to learn). However, the writing community have big hearts. They give generously. Help is out there. You simply have to reach for it—and pay it forward. 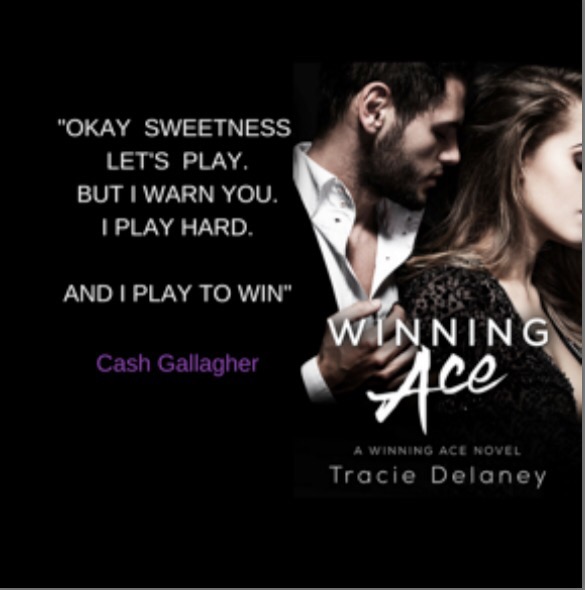 When the opportunity arises for journalist Tally McKenzie to meet tennis ace Cash Gallagher, she grabs it without hesitation. Desperate for a killer story to advance her career, she’ll have to betray her idol and her own morals into the bargain if she is to succeed.

Renowned bad boy Cash wants one thing; to remain at the top of his game. He’s fought hard to get there, and he’s not about to lose his crown, especially over a woman.

When Cash divulges personal information, Tally seizes her chance and writes an explosive article. Incensed, Cash sets out to get his revenge. Except the darling of centre court gets more than he bargained for—a passionate affair with a woman he should detest.

But Cash is a man with secrets—secrets that could destroy his career. Dare he take the risk? Or is the cost too great, even for his perfect match.
Winning Ace is the first novel in an overarching three book series. 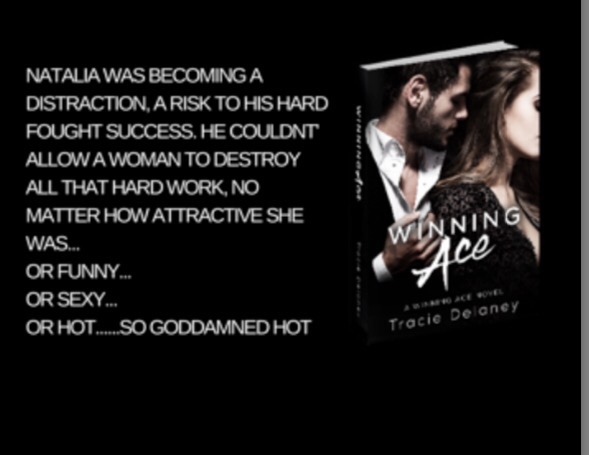 Tracie Delaney is the author of the Winning Ace trilogy. She loves nothing more than immersing herself in a good romance, although she sometimes, rather cheekily, makes her characters wait for their HEA.

When she isn’t writing or sitting around with her head stuck in a book, she can often be found watching The Walking Dead, Game of Thrones or any tennis match involving Roger Federer. Her greatest fear is running out of coffee.

Tracie studied accountancy, gaining her qualification in 2001. Her maths teacher would no doubt be stunned by this revelation considering Tracie could barely add two plus two at high school.

Tracie lives in the North West of England with her amazingly supportive husband. They both share a love of dogs, travel and wine.

Tracie loves to hear from readers. She can be contacted through the following platforms