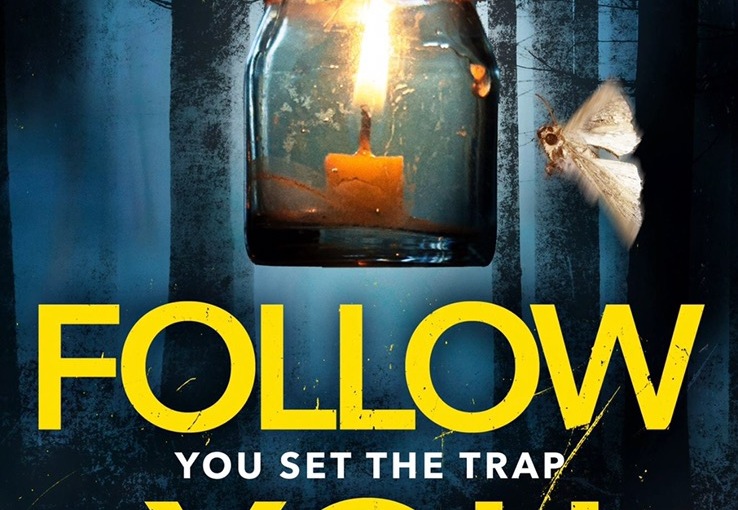 Thank you to Kim Nash for inviting me into the blog tour for Richard Parkers Follow You. Make sure you follow the rest of the tour as there are some fabulous reviews coming in for this book! 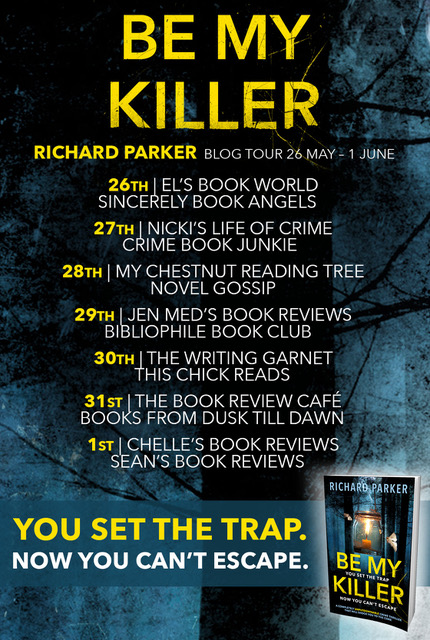 Her eyelids were the only parts of her body she could move. The figure spoke, then retreated into the gloom. She couldn’t accept what they’d said. How could she have brought this on herself?

When an online prank goes viral and triggers a spate of gruesome murders, documentary maker Hazel Salter watches in horror. But then Hazel’s childhood friend, Meredith Hickman, is the next victim and Hazel knows she has to find out what happened to her.

Is it one killer or more? Random acts of violence, or part of a bigger, twisted plan?

The police have no leads, but Hazel has a theory – one she’ll stop at nothing to prove – and she also has a film crew. She’ll make a documentary, catch the killer, and give Meredith justice.

Her stage is the abandoned amusement park where Meredith was found.

Her cast are the family and friends the killer left behind.

And her crew? They keep disappearing, one by one…

I hate horror movies, always have and always will, so I find it rather bizarre that I love to read books that would make brilliant scary movies! And Follow You reads exactly like one of those films I end up watching from behind a cushion, behind the sofa and that sofa is usually in another room. But having read Scare Me last year, I knew that Follow You was one I had to read-I just have a compulsion to be scared “witless” sometimes!! And this book gave me goosebumps right from the off with that horrible cover! I mean come on….MOTHS??!! Have you been stalking my nightmares Mr Parker?! Everyone knows I have a huge fear of those horrible fluttery, winged nasties!! I couldn’t click off that cover fast enough!

Although to be fair once I got into Follow You there were a few nasties INSIDE the cover that made me forget all about those moths. This one is not for the faint hearted and please don’t make the rookie mistake of reading it whilst eating a Chinese takeaway like I did but, unfortunately for me, I couldn’t put this book down even to eat which just goes to show you what an unputdownable rollercoaster ride of a read it is! So not my fault really but don’t say you haven’t been warned!

When people start turning up dead after using #BeMyKiller on a newly set up Twitter account, it makes for a gruesome news story. Documentary maker Hazel was childhood friends with one of the victims so heads back home to investigate further. But like any horror film, she heads back to the scene of the crime-an abandoned theme park. WHY DO THEY DO THAT?! And as the interviewees start turning up dead and Hazels crew are disappearing one by one, it’s up to Hazel to find a killer.

The first few chapters needed a lot of my attention as I had to get my head around the vast number of characters who were being thrown at me but once established this became a fast paced, gore fest that kept me guessing right up until the end. The character who initially annoyed me the most, Rena, ended up being the one I connected with the most and I was praying that she wouldn’t come to any harm. I was yelling at her to NOT TRUST ANYONE and to NOT GO ANYWHERE ON HER OWN! But obviously it wouldn’t be a tension filled thriller if no one put themselves in the line of fire for our twisted serial killer and poor Rena followed the path of many a young woman from those teen fright nights, heading off innocently into dangerous territory.

I have to say I am now far too scared to used the hashtag #BeMyKiller on Twitter to promote my review. That’s how much this book has made me reconsider what I put on social media! And if it ever gets made into a film then I’m sure it will do very well with horror fans……just don’t expect me to watch it!!!

which is available to buy now. 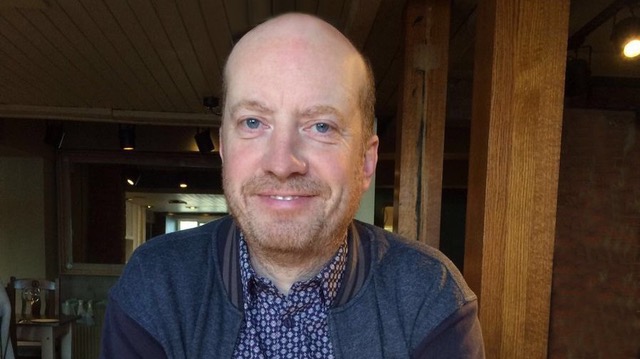 Parker is an ex TV script writer, script editor and producer who now writes dark, stand alone thrillers. His first novel, Stop Me, was nominated for a Dagger Award.  The movie rights to his second, Scare Me, have been bought by Hollywood studio Relativity Media with screenplay completed by Wentworth ‘PRISON BREAK’ Miller and his third, Stalk Me, rode high in the US and UK Amazon charts.

5 thoughts on “Follow You by Richard Parker #BlogTour @bookouture”