Alex Taylor wakes up tied to an operating table. The man who stands over her isn’t a doctor.

The choice he forces her to make is utterly unspeakable.

But when Alex re-awakens, she’s unharmed – and no one believes her horrifying story. Ostracised by her colleagues, her family and her partner, she begins to wonder if she really is losing her mind.

And then she meets the next victim.

So compulsive you can’t stop reading.

So chilling you won’t stop talking about it.

Don’t Wake Up is a dark, gripping psychological thriller with a horrifying premise and a stinging twist . . .

I am not a huge fan of the taglines used nowadays describing how books WILL make you feel! I feel it’s a challenge and one I’m usually able to dispute very quickly! But here I have to totally agree with the tagline used alongside the title of Don’t Wake Up as the first chapter is addictive, gripping and downright scary as hell! My pulse rate must have been through the roof and I nearly needed a doctor myself!

Several people had recommended this book to me saying it was a perfect example of my kind of book and I have to say that they were right! Once I picked this up that first chapter grabbed me by the throat and refused to loosen its grip no matter how hard I tried to shake it off. I defy anyone to not be affected by the nightmarish scenarios that Alex has to live through here. The question is will Alex be believed and if not, how much danger will it take to change everyone’s opinions. Her lover, her colleagues and her friends all think she’s having a breakdown so, slowly and surely, they slip by the wayside as Alex loses their support and possibly her own mind.

Liz Lawler is going to be a name to look out for in the future! I loved her easy going and engaging writing style and her ability to totally immerse her readers in the lives of her characters. There were so many twists and turns here I was dizzy with indecision about who to trust and have to admit I had no idea who was behind this vicious campaign against Alex, or why, until it actually slapped me in the face! It then kept me guessing and on the edge of my seat even to the very end.

I loved experiencing this “nightmare in book form” and feeling unable to wake myself up from the hold it had over me! Some of the graphic and realistically described hospital scenes had me crossing my legs in fear (you will understand why when you read it!!) and at times I wanted to put this book down but it became physically impossible to do so until I found out the truth.

Don’t Wake Up: A dark, terrifying new thriller with the most gripping first chapter you will ever read!

is published by twenty7 and is available to purchase now. 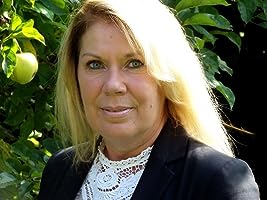 Born in Chatham and partly raised in Dublin, Liz Lawler is one of fourteen children and grew up sharing socks, pants, stuffed bras and a table space to eat at. Liz spent over twenty years working as a nurse, and has since worked as a flight attendant and as the general manager of a five-star hotel. She now lives in Bath with her husband. Don’t Wake Up is her first novel.

4 thoughts on “Don’t Wake Up by Liz Lawler #BookReview”