I’m thrilled to be on the blog tour today for the second book by Rob Sinclair for Bloodhound Books, The Black Hornet, which is a follow up to his bestselling book The Red Cobra.

The Black Hornet: an action packed and utterly gripping thriller from the best-selling James Ryker series

What do you do when the love of your life vanishes without a trace? If you’re ex-intelligence agent James Ryker you search for the answers whatever the cost, however much blood and sacrifice it takes…

Six months ago Lisa was taken from Ryker, and he’ll stop at nothing to find out who is responsible and why. Following a trail to Mexico, the ex-Joint Intelligence Agency asset soon finds himself in the firing line of enemies he long thought he’d left behind. Set-up for the murder of a former informant, Ryker is thrown into a crumbling jail run by The Black Hornet, the notorious leader of a Mexican drug cartel. But what connects the cartel to the informant’s murder, and to Lisa’s disappearance? And just who is the mystery American claiming he can help Ryker in his hour of need?

So at the end of The Red Cobra, Lisa has gone missing and now Ryker is on a determined search to find her. Obviously this time it’s much more personal and so he is prepared to go further than he’s ever done before to bring her back. When his search leads him to Mexico he ends up getting into trouble very quickly indeed.

I’ve never really been a huge fan of high octane thrillers but I love the Bourne movies and it was that comparison that attracted me to these books in the first place! Once you start one you will find it very difficult to stop as you get caught up in the adrenaline rush of the storyline straight away. Rob Sinclair consistently writes fast paced, action packed thrillers with a gripping narrative that immediately grabs you and then drags you along at 100mph towards the shocking final twist.

I enjoyed The Black Hornet just as much as The Red Cobra, if not a little bit more. The scenes in the Mexican prison especially brought a current and relevant story to life with their sickening violence and corruption. It’s a series that has plenty more to give as each book works well as a stand alone and you don’t need too much background information to follow what has happened previously. Ryker is a complex and intriguing character and I’m never quite sure how he will react in the situations thrown at him which means there are always plenty of surprises in store to keep the reader on their toes.

And I’m happy to announce that once again The Grumpy Scotsman was also very enamoured with The Black Hornet and has announced that this is now his new favourite series! His verdict? “Bloody brilliant. 5 stars! How soon can you get me the next one?” Which says it all I think!

is published by Bloodhound Books on 12th June 2017 and is available to purchase now. 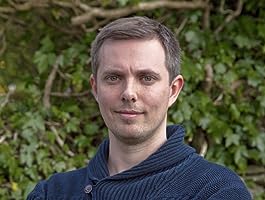 2 thoughts on “The Black Hornet by Rob Sinclair #BlogTour @Bloodhoundbook”