I am delighted to be on the blog tour today for Dead to Me by Stephen Edger and many thanks to The fabulous Noelle Holten inviting me.

How do you catch a killer who knows your every move?

The woman lay flat on the table, her face to one side, her wrists bound with thick tape. Deep scratches marked the wood beneath her fingers, now resting cold and still…

When a woman’s body is found in an abandoned bar near the Southampton docks, Detective Kate Matthews is called in to lead the investigation. She must solve this case to prove she is coping with the death of a close colleague.

Kate knows a pile of ripped up newspaper cuttings discovered at the victim’s house must be a piece of the puzzle, but her team keep hitting dead-ends… Until she finds a disturbing clue that convinces her of three things: The murder is linked to the body of a man found hanging in a warehouse, she is on the hunt for a calculated serial killer, and the killer is watching her every move.

Kate realises there will be another victim soon, and that her own life is in grave danger, but no one else believes her theory. Can she find and stop the most twisted killer of her career, before another life is lost?

I’ve read a few books by Stephen Edger before and therefore was really looking forward to reading Dead to Me, the start of a new series for him. Detective Kate Matthews sounded a very intriguing new character so I was keen to get to meet her and discover more about her.

The action gets off to a flying start here and its not long before the body count starts to rise. Beware though, this book possibly isn’t one to be reading if you are eating or don’t have a strong stomach! The descriptions of the bodies and how they are discovered is rather graphic but I have to admit in there being a gruesome delight in trying to work out WHY the bodies have been displayed in such a way. I had absolutely no idea who was commiting these heinous crimes (never mind why!!) and Stephen Edger was constantly feeding me red herrings until I was filled to the brim but still without a clue as to what was going on!

Now Kate Matthews was just how I like my protagonists – proactive, fearless but flawed! To begin with I really liked Kate but then we discover a little bit more about her background that made me think…….whoa! I was not expecting that! Now I think this may make some readers dislike Kate, especially if they have young children but I was able to look below the surface and realise that everything you see and feel about Kate is only what she wants you to see. For her, the fierce commitment to her job and her obsessive workaholic nature are her way of not thinking about the choices she has made within her life! It is pure self preservation! And once I understood this, I felt much more of an affinity with her and her lifestyle.

There are shocks galore here, including a jaw dropping finale that made me immediately flick back to see how on earth I had missed all the clues! I had decided on my main suspect (with a reserve just in case!) but was so far off the mark I must have ended up in another book entirely! But what a great unsettling ending and perfect way to set up book 2!

is published by Bookouture and is available to purchase now from Amazon UK. 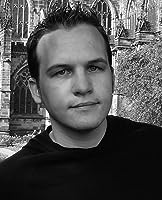 Stephen Edger is a British crime writer, who has been writing since 2010. In that time he has written and published eleven novels, and five short stories. He writes mysteries and thrillers focused on crime.

Stephen was born in the north-east of England, grew up in London, but has lived in Southampton since attending university in the year 2000. Stephen works in the financial industry, and uses his insider knowledge to create the plots of his books. He also has a law degree, which gives him a good understanding of the inner workings of the UK justice system.

8 thoughts on “Dead to Me by Stephen Edger #BlogTour @bookouture”