I’m absolutely delighted to be on the blog tour today for I Know Where She Is, a gripping debut thriller by S.B. Caves.

On the tenth anniversary of her daughter Autumn’s abduction, Francine receives an anonymous note containing just five words: I KNOW WHERE SHE IS

When a young woman approaches her the next day claiming to have sent the letter Francine wants to dismiss it as a cruel, twisted joke.

But the stranger knows things that only Autumn would know.

It soon becomes clear that Francine must go to dark places in order to learn the truth about her child’s kidnapping.

She will discover that danger comes from unexpected sources. She will do things she never imagined herself capable of.

But will Francine get her daughter back – or is it too late?

Oh my goodness this was so NOT what I was expecting but in a good way so don’t worry! From the moment Francine got that anonymous letter through her letterbox, I was hooked! Do be warned that although this hard hitting thriller does contain scenes that some people may find upsetting, it will also hold you hostage to its powerful story of a mother determined to bring her daughter home.

And Francine is very much on her own in her quest to find out what happened to Autumn 10 years ago and whether or not that letter is another hoax. Her husband has moved on with his life, not believing or trusting his alcohol soaked ex wife and certainly not willing to go along with any of the propositions she has for a new search for their missing child. And although Francine isn’t the most reliable or likeable character at the start, she comes alive again when she realises there’s a real chance Autumn is still out there. Will, her ex husband, was an uninspiring figure and I knew straight away that Francine would be far better off without his support anyway.

This storyline would actually work really well as a film! It had a visual feel and a similar vibe to other action films I’ve seen recently-it actually reminded me of Taken at times with Francine as a female Liam Neeson! Her grit and determination shine through the narrative and I was behind her 100%, cheering her on every step of her journey to reclaim not just her daughters freedom but to take back her own life too.

Do be aware that this book cover themes of child abduction and abuse which some may feel is handled too deeply at times. There was one scene where I thought I might have to put the book aside for a bit as I found it hard to read, but the subject is handled so well in this authors hands that everything existing within the plot was needed to enhance the sheer horror of the situation. And once you find out more, you will begin to see how the full extent of the years of horrific abuse has shaped its victims.

This is a clever, fast paced and gripping thriller, brought to life by a truly outstanding lead character who never gives up. And I’m still feeling goosebumps after that final chapter!! A really creepy and intriguing ending that just surprised the hell out of me, keeping me on my toes till the final word of that final page. I can’t wait to see where S.B  Caves goes from here with an imagination like that!

I Know Where She Is: a breathtaking thriller that will have you hooked from the first page

is published by Canelo and is available to purchase now from Amazon UK. 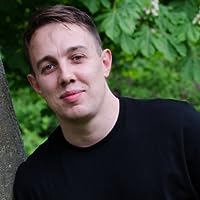 3 thoughts on “I Know Where She Is by S.B. Caves #BlogTour @canelo_co”