It’s Thursday again and time for another review from my guest reviewer, author Abbie Osborne. Today it’s a review of The Woman in Cabin 10 by Ruth Ware.

This was meant to be the perfect trip. The Northern Lights. A luxury press launch on a boutique cruise ship.

A chance for travel journalist Lo Blacklock to recover from a traumatic break-in that has left her on the verge of collapse.

Except things don’t go as planned.

Woken in the night by screams, Lo rushes to her window to see a body thrown overboard from the next door cabin. But the records show that no-one ever checked into that cabin, and no passengers are missing from the boat.

Exhausted and emotional, Lo has to face the fact that she may have made a mistake – either that, or she is now trapped on a boat with a murderer…

I never know with audible books whether I would have liked reading the book better. This was what I was thinking as I began to listen to The Woman in Cabin Ten. After an intense and exciting beginning, this book became very irksome. I was frustrated with the character and her constant paranoia and whining. But then something happened. The tension began to ramp up and I was hooked again. I went on a real journey with this book and I learnt things about myself in the process. But we’ll get onto that in a minute.

This book follows Lo Blacklock as she embarks on a Cruise as an assignment for her work. Only the Woman in Cabin 10 is thrown overboard but no one believes her as no one is missing. I was unduly harsh when listening to this book as I know that if I heard what Lo heard I would probably be full of the self-doubt and paranoia she felt. However, I do feel that this was slightly overdone, I felt like shouting at her we got it the first million times. But once the plot starts moving again I was gripped.

When I first chose this book I presumed that the ‘cabin’ was actually a log cabin so you can imagine my confusion when she got on a ship. But after adjusting my expectations I was pleased this was the case. It made a very unusual setting and I felt the writing was on point. The luxury of the boat just screamed from the book and the vivid descriptions transported you there in your mind. The author uses a very clever narrative tool in this book, she inserts conversations and even Facebook discussions from other people about the main character in this book. We were following Lo’s story but then we were being given glimpses into the future and it was these that gripped me and made me desperate to find out what happened.

The third part of the book was the best part for me. The tension was suffocating and I couldn’t stop listening. I really enjoyed watching Lo transform from this whiney, weak girl into a strong and brave woman. She was amazing and the ending was one of the best endings I’ve read. From a book which at the beginning I nearly stopped listening to I was very surprised at the fantastic and gripping ending.

The other brilliant thing about this book is that it raises awareness of mental health conditions. It actually shamed me at times. In the beginning of the book I kept getting fed up of Lo moaning and worrying all the time. I was shouting at her in my mind to be strong and get through it. But people with anxiety and depression aren’t always able to do that. My impatience with her was so great I nearly stopped listening. But I’m so glad I didn’t as I learnt so much about myself and I will be a lot more considerate for people with these conditions as this book has really made me think. There is a breathtakingly honest and poignant part in this book where Lo goes into depth about her struggle with her mental health and how she tried to come off her medication. It was like a knife to the heart as I felt like I was getting a rare glimpse into the difficulties people with mental health conditions experience. In this book, Lo was belittled and judged for her condition and it was awful to see this raw portrayal of what it can be like living with the stigma of depression and anxiety. I really hope anyone reading this book takes heart from Lo’s bravery and the journey she has.

I really really liked this book and I know I will be reading more from this author. I have to say though, it has further added to my reasons for not going on a cruise.

The Woman in Cabin 10

is available to purchase now from Amazon UK. 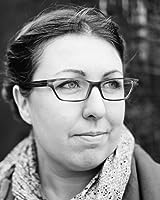 Ruth Ware’s first two thrillers, In a Dark, Dark Wood and The Woman in Cabin 10, were international smash-hits, and appeared on bestseller list around the world, including the Sunday Times and New York Times. The film rights to her debut were snapped up by New Line Cinema, and her books are published in more than 40 languages.

Ruth lives near Brighton with her family. Visit http://www.ruthware.com to find out more. 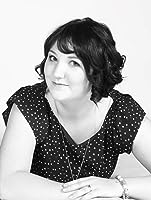 Abigail is originally from the Lake District but moved to the West Midlands for University where she completed an English Literature & History degree and also met her husband. She is a passionate reader and has an unsustainable collection of books. This obsession with books has led to her creating her own Dewey decimal system and she has been known to issue fines to family and friends if her book is not returned on time. Writing The Puppet Master has unleashed a love of writing and Abigail hopes to put her scarily crazy imagination to good use. She is currently working on book 2 and 3 and looks​ forward to publishing these soon.
You can follow me on @Abigail_Author
Website: http://www.abigailosborne.co.uk