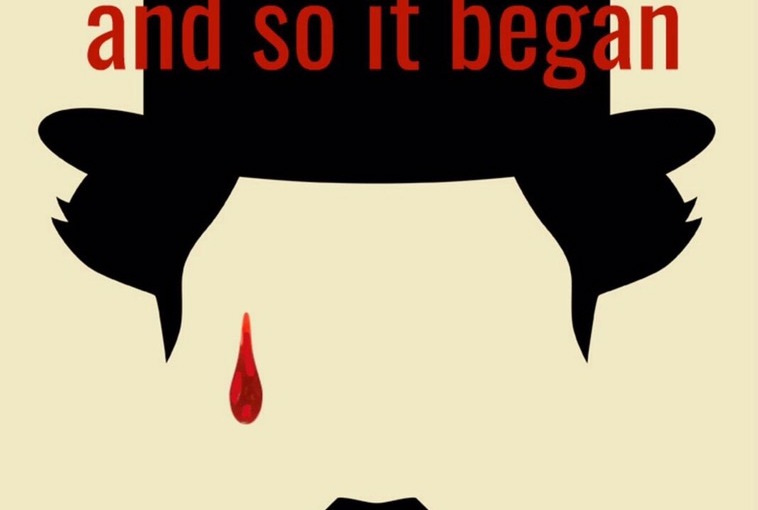 Today I’m delighted to be a stop on the blog tour for Owen Mullen’s new book And So it Began-Delaney Book One.

PI Vincent Delaney thought he was done with the NOPD until a string of seemingly unrelated child murders brings an unexpected invitation from the FBI, and his old boss.
A serial killer is roaming the South, preying on children appearing in pageants, and the police want him to go undercover using his own family. Accepting would mean lying to people he loves and maybe even putting them in harm’s way.
In Baton Rouge, a violent criminal has escaped and is seeking revenge for the brother Delaney shot dead. But Delaney isn’t going anywhere. He has unfinished business. Meanwhile, north of the French Quarter, shopkeepers are being extorted and ask for Delaney’s help. Extortion is a matter for the police.
But what do you do when those responsible are the police? Delaney has his work cut out and he’ll be lucky if he makes it out of this alive…

I have enjoyed Owen Mullens previous books so was thrilled to find out he had a new series out but then worried that it wouldn’t have the same charm as the Charlie Cameron books set in Scotland! Vincent Delaney is also a Private Investigator but here the action takes place not in Glasgow but in New Orleans. And I have to admit that it worked absolutely perfectly for me!

Vincent Delaney didn’t think he would be working with the NOPD again especially after what happened seven years previously. So he’s intrigued to know why they want him to help them out when they realise they have a serial killer of young children on their hands. Delaney is about to have a busy time of it though, combining his undercover work on the pageant circuit with a case of  extortion he’s been asked to look into discreetly plus the fact that a face from the past might just be coming back to wreak his revenge. How on earth is he going to cope especially as he now has a new relationship that he wants to protect no matter what?

The characterisation is absolutely spot on here and Owen Mullen has created a main protagonist who is both likeable and intriguing with a real passion for getting the job done. But even Delaney couldn’t match up to my other favourite character here And that was Lowell….Delaneys dog!! This canine companion was given an almost human role with his reactions to situations and his “party piece”. He had the most amazing connection with his owner and they worked together well as a partnership any pet owner will recognise as one of mutual trust and adoration. As with any plot involving an animal, I spend most of the book hoping and praying that nothing happened to that dog!!!

Using the slightly creepy and freakish world of child beauty pageants as the main focus of Delaney’s investigation was a touch of genius as I don’t think I’ve ever seen it used as a backdrop to murder before. I had thought that maybe it would be a little too much to handle for me as I get very emotional when it comes to children being murdered in crime fiction and here there were more than expected. But the murders weren’t graphic or gratuitous just handled with an overwhelming sadness for all involved….apart from the voices coming from the unseen murderer which sent shivers of disgust and fear down my spine. I’ve always been fascinated by what makes parents put their small children through the intensely competitive nature of these pageants and the way it appears to endorse the sexualisation of some children in the way they are presented as “mini adults” in clothing and make up that are entirely inappropriate to their age group.  And what saddened me even more here was that those pushy parents didn’t even seem to be put off attending these events even though there was obviously a deranged killer on the loose stalking their much loved children! What makes a trophy more important than the protection of your own small child?!

Overall this is a brilliant start to this new series and if I had book 2 in front of me now I would abandon my current read and TBR pile to dive into it straight away! Owen Mullen has taken a risk here moving away from the Scottish setting we are all know and love but it has paid off and taken his writing skills to a wider audience who will hopefully love Delaney as much as I did. I did work out where the threads were leading and I personally, I would have liked more of an insight into motive but like real life sometimes we just never get to see the whole picture. But even saying that, those small niggles didn’t detract from my enjoyment of this one in any way.

And So it Began (Delaney Book 1)

is available to purchase now from Amazon UK. I received my review copy from the publisher Bloodhound Books.

OWEN MULLEN’S debut novel Games People Play has been long-listed for Bloody Scotland McIlvanney Crime Book Of The Year 2017
School was a waste of time for me. Or rather, I wasted time; my own and every teacher’s who tried to get me to work. It took twenty years to appreciate what they were telling me. Life has rules. They aren’t written down but they exist nevertheless. I got that. Eventually. But by then I was thirty five.

Along the way I missed an important clue. At ten I won a national primary schools short story competition – and didn’t write anything else for forty years.

As a teenager my big obsession was music. Early on I realised if I was successful I would probably be rich and famous and pull lots of girls.

So how did that turn out?

Well, you haven’t heard of me, have you? And this morning I caught myself worrying about the electricity bill. So the short answer is: one out of three ain’t bad.

Running around the country in a Transit van with your mates is fun. It’s your very own gang. You against the world. Until you fall out and the dream lies bleeding on the dressing-room floor.

When that happened I went to London [everybody from Scotland goes to London, it’s like first footing at New Year, or ten pints of lager and a vindaloo on a Friday night; a sacred tradition] and became a session singer. I also started gigging with different bands on the circuit.

Back in Scotland – most of us come back with wild tales of great success, none of them true – I wondered what I should do with myself and didn’t have to wait long for the answer. Her name was Christine. We got married, I went to Strathclyde Uni and got a bunch of letters after my name, and toughing it out at Shotts Miner’s Welfare, or dodging flying beer cans at the Café Club in Baillieston, was in the past. The long hair was short now, I wore a suit and pretended to like people I didn’t like because we were ‘colleagues’.

After many adventures I started my own marketing and design business and did alright. Christine and I were very happy, we travelled all over the place; India, Brazil, Botswana, Nepal, Borneo, Japan. One day I suggested we move. To the Greek islands. So we did. We bought land and built a beautiful villa overlooking the Mediterranean. Then the pan global financial crash happened, years of fiscal carelessness finally caught up with Greece; the exchange rate dived and the cost of living in Paradise went through the roof.

I had to do something. Then I remembered the short story competition. I had been good at writing, hadn’t I?

I wrote another short story called The King Is Dead…the first thing I’d written since primary school. When I typed the last word [Christine taught me to type] I held the pages in my hand then started to read. An hour and a half, rooted to the chair unable to believe what was in front of my eyes. For four decades I had shunned a god given gift. And as I read I started to understand why. It was awful. Not just bad. Bloody terrible.

But I kept going.

And now, eight years and seven books later, three literary agents plus two I turned down [they were reading a different book] I am a writer. My books are on Amazon. People buy them and come back for more.

One seasoned London agent has predicted I am destined to be ‘a major new force in British crime fiction.’

So is the moral: follow my example, find something you’re good at and stick with it. Hardly. I didn’t, did I? Do it your own way; it’s your life.

5 thoughts on “Delaney..And So it Began by Owen Mullen #BlogTour @Bloodhoundbook @OwenMullen6”