It’s Thursday again and as I’m not around much today (I will let you know what I’ve been up to in the next couple of days!) I am handing over to my guest reviewer author Abigail Osborne today with her review of The Way We Were by Sinead Moriarty. Am I the only one to have Barbara Streisand singing in my head all of a sudden……?

When Alice’s husband Ben dies suddenly, her world falls apart. They shared twenty years and two daughters and life without him is unimaginable.

Having lost her parents while young, Alice understands her girls’ pain. At fifteen, Jools is at that awkward age and only Ben could get through to her. And eleven-year-old Holly looks for the answer to everything in books but this time she’s drawing a blank. Alice realizes that for their sakes she must summon up superhuman reserves of strength.

Somehow all three of them come through the dark days. In time, it’s even possible for Alice to consider marrying again, with the girls’ blessing. So when Ben turns up after three years, her world is again turned upside-down. The girls assume that their family can go back to the way they were. Alice is not so sure.

Once more Alice has to find the strength to be the mother her daughters need her to be. But this time what that means is far from clear …

I read this book after listening to the great review that my friend Kim Nash gave it. The premise was intriguing and I couldn’t wait to get started. This book has three narratives, Alice and Ben and their youngest daughter Holly. This gave the story depth and it was fascinating to be able to see all angles of this complex and emotional story. When Alice’s husband Ben is presumed dead, she has to hold it together for her two daughters Jools and Holly. But just as she finds a way through her grief, Ben is found alive.

We are presented with a realistic family and you can relate straight away to the family dynamics being described. Ben is unhappy with his lot in life, feeling restless he embarks upon an adventure abroad, operating on a person of interest in a foreign country. This selfishness has severe ramifications that no one could have predicted. I found Ben’s narrative captivating. I think having his experiences in this book really made the book for me. It was hard to blame Ben for going off when you were reading the awful things he had to go through. The author has successfully captured the mind-set of all three of her narrators to the extent that you are gripped by the emotional turmoil and their unique way of dealing with it. The secondary characters in this book were brilliant, Kevin and Declan provide much needed comic relief in this – at times – harrowing read.

Holly’s story was so hard to read. No child should go through losing a parent and her struggles with coping with the pain jumped off the page and I felt her loss as if it was my own. I liked how as time passed you could see her growing up in the way she thought and experienced things. You could feel that this tragedy had forced her to mature faster than she should have. I would have loved to see through her sister Jools eye’s as well but that is my only criticism of this book.

I felt the end of this book was inevitable, I knew how it was going to end but you couldn’t help but be swept along in the journey to the resolution. The author has portrayed a realistic and gritty depiction of grief and the way it can impact each of us. I thought Alice was a really interesting character and it was good but hard to see her change with her grief and become a different person. I really liked that we see a play by play of how trauma can change us all and can (most of the time) make us a stronger person. I would easily recommend this emotional but thought provoking read. 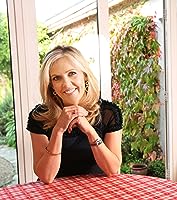 Growing up, Sinead Moriarty was inspired by watching her mother, an author of children’s books, writing at the kitchen table. Her childhood dream was to write a novel. It was at the age of thirty, while working as a journalist in London, that she began to write creatively in her spare time – after work, at lunch times … and, truth be told, during work hours. Her first novel, The Baby Trail, a bitter-sweet story of a couple struggling to have a baby (inspired by her own early difficulties conceiving) was published in 2004 and has been translated into twenty languages. Sinéad Moriarty’s novels have sold over half a million copies in Ireland and the UK. She has won over readers and critics telling stories that are funny, humane, moving and relevant to modern women. She lives in her native Dublin with her husband and their three children.

Abigail is originally from the Lake District but moved to the West Midlands for University where she completed an English Literature & History degree and also met her husband. She is a passionate reader and has an unsustainable collection of books. This obsession with books has led to her creating her own Dewey decimal system and she has been known to issue fines to family and friends if her book is not returned on time. Writing The Puppet Master has unleashed a love of writing and Abigail hopes to put her scarily crazy imagination to good use. She is currently working on book 2 and 3 and looks​ forward to publishing these soon.