Zenka is a capricious Hungarian with a dark past.

When cranky London mob boss, Jack Murray, saves her life she vows to become his guardian angel – whether he likes it or not. Happily, she now has easy access to pistols, knives and shotguns.

Jack discovers he has a son, Nicholas, a male nurse with a heart of gold. Problem is, Nicholas is a wimp.

Zenka takes charges. Using her feminine wiles and gangland contacts, she will make Nicholas into the sort of son any self-respecting crime boss would be proud of. And she succeeds!

Nicholas transforms from pussycat to mad dog, falls in love with Zenka, and finds out where the bodies are buried – because he buries them. He’s learning fast that sometimes you have to kill, or be killed.

As his life becomes more terrifying, questions have to be asked:

How do you tell a mob boss you don’t want to be his son?

And is Zenka really who she says she is?

There was quite a buzz on social media about Alison Brodies last book Brake Failure so I was keen to read Zenka especially as it sounded right up my street genre wise. But this urban crime thriller had an unexpected black humour that kept me far more interested than I had expected.

Zenka is a Hungarian redhead with attitude! The letters she sends to her friend gives us an insight into how she has come to lead the life she is living now and her plans for the future. When her life is saved by gangster Jack Murray, she vows to become his “guardian angel”-lucky him!!! So when Jack discovers he has a grown up son, Zenka takes it upon herself to “help” them to connect with disastrous consequences.

I did love Zenka. Her job as a pole dancer at one of Jacks clubs brought her into the dark and seedy side of gangster life but her fierceness of spirit made for some funny moments once she sets her sights on Michael. I wasn’t sure to begin with about the way the author wrote Zenkas speech in an attempt at a Hungarian accent but the further through the book I read, I found myself reading her thoughts and speech in my head with that accent so it seemed to work for me!!

I find it hard to put this book into any genre category as it has a little bit of everything -a gritty crime thriller but with a touch of romance, a lot of black humour and with lots of unexpected twists and turns so you are never quite sure where it’s heading. And that kept the narrative fresh and exciting so that every page brought a new surprise.

The more I read Zenka, the more I liked it. I had absolutely no idea where it was going which kept me intrigued and on the edge of my seat and I wasn’t disappointed by the final denouement either. This is a fun and quirky read that did take a while to get going for me but once it did I thoroughly enjoyed it. Alison Brodie has a great style and a wicked sense of humour and I look forward to seeing where she takes us next!

is available to purchase now from Amazon UK (affiliates link) 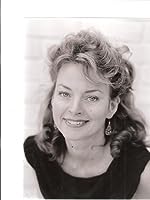 Alison Brodie is a Scot with French Huguenot ancestors on her mother’s side.
Alison has lived all over the world, including Kansas City, Athens and Basque country.
Her first novel – “Face to Face” – was published by Hodder & Stoughton and became Good Housekeeping’s Pick of the Paperbacks.
Alison has now gone Indie!
“Brake Failure” has 28 five-star reviews from professional book bloggers + “Masterpiece of humor” -Midwest Book Review
“ZENKA” is releasing 6 November, 2017.