Ewan Galbreith is out of prison. Libby Owen is scared. Fifteen years earlier she saw Ewan murder her aunt and uncle with their own shotgun, and now he’s coming for her.

I do love how Lynda Renham has made the leap from romance to psychological thriller writer and it’s always a pleasure when she has a new book out. I was looking forward to reading Watching You and once I started, I have to say I became completely engrossed!

The first few pages managed to grab my attention straight away. We all remember what we were doing on that very special New Years Eve to welcome in the new millennium but Libby Owen has more reason than most to remember that night. She was found running away from her house, covered in blood and when eventually she was able to speak she told her rescuers that her aunt and uncle had been shot dead. The estate gamekeeper is found guilty of their murder but fifteen years later Ewan Galbreith is out of prison and Libby knows he is coming to find her.

If you like twisty plots full of unlikable characters, then Watching You will be right up your street. Libby Owen has tried to forget what happened the night of the murders. She has changed her name and moved away from her beautiful Cornish estate to live in London. But when she starts to get texts and emails saying she is being watched, she starts to panic and turns to the policewoman who helped her at the time.  The story is told in the present but with flashbacks to the weeks leading up to the murders. It is in those forays into the past that we meet the teenage Libby and a plentiful cast of locals, where there are secrets and deceit around every corner. I think this part of the narrative was my favourite as I got completely caught up in their shocking antics. Libby wasn’t always the most likeable of characters as she came across as a spoilt little brat at times but the grown up Libby is very different indeed and watching her fear of what was happening to her felt realistic, if a little voyeuristic at times, as the tension started to rise.

I did work out where this one was going but it didn’t spoil my enjoyment of the ride getting there. Terrifically twisty with a few shocks along the way, Watching You  was a thoroughly entertaining read from start to finish. It’s dark and disturbing at times but you will be unable to tear your eyes away from it!

WATCHING YOU: The gripping edge-of-the-seat thriller with a stunning twist.

is available to purchase now from Amazon UK (affiliates link) My review copy came from the author. 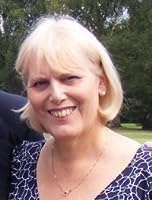 Lynda Renham is author to many popular romantic comedy and gripping psychological thriller novels. She lives in Oxford, UK. She has appeared on BBC radio discussion programs and is a prolific blogger, Twitter and when not writing can usually be found wasting her time on Facebook.