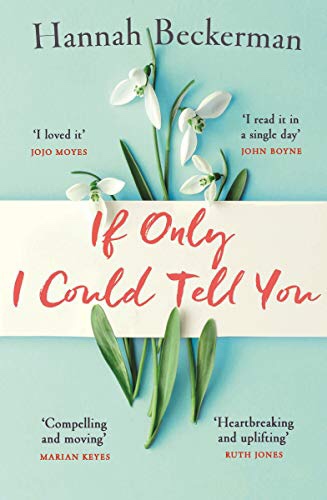 Today I’m very happy to be on the blog tour for If Only I Could Tell You by Hannah Beckerman. Many thanks to Tracy Fenton for my invite onto the tour. 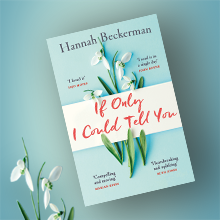 Audrey’s family has fallen apart. Her two grown-up daughters, Jess and Lily, are estranged, and her two teenage granddaughters have never been allowed to meet. A secret that echoes back thirty years has splintered the family in two, but is also the one thing keeping them connected.

As tensions reach breaking point, the irrevocable choice that one of them made all those years ago is about to surface. After years of secrets and silence, how can one broken family find their way back to each other?

As a mum this book broke my heart into so many pieces that I’m surprised I didn’t miss one when I pieced it back together again! It struck such a personal chord with me as I have three very headstrong, feisty and opinionated daughters (my fault for raising them not to be quiet little pushovers like me!) and when they fall out it is a major war zone and I’m caught in the middle of all the drama! It’s hard for me to remain impartial and show that I am there for everyone but, thankfully, it usually passes within a few days and they are friends again. So I really felt for Audrey who was also caught between her two daughters especially when I realised that whatever they had fallen out about had caused a rift that had lasted for over thirty years! How dreadful it must be for anyone caught up in such a long-standing family estrangement especially a mother. But it was the reason for this family fallout that really frustrated me. What on earth could have caused a young girl to refuse to talk to her sister for such a long time? The answer is one that, when it comes, will fill you with many emotions so be prepared!

I adored Audrey from the moment I met her. Having to choose between her daughters was never an option for her so she continued to have completely separate relationships with each daughter and their respective family. So I was very surprised by one of the decisions that she made but the reason for this this did eventually become clear to me! I have to say that the character of Jess was the one that provoked the most reactions from me. I just couldn’t understand why she had taken such an extreme stand against her sister but also to have kept it up for so long. And at a time when families tend to come together to support each other, this family still seemed determined to remain estranged.

The frustration I felt with Jess and Lily was compounded by the fact that now their daughters seemed to have been brought into this family feud. I just wanted to knock their heads together and tell them to grow the hell up! But I wasn’t prepared for the emotional fallout from what happened next! And I have to admit to sobbing some great, big, fat tears towards the end that took me completely by surprise. I wasn’t expecting to be hit by an emotional outpouring and even now I can’t think about the ending to this book without a lump in my throat. It’s just so beautifully written that I felt humbled to be allowed access to these characters who felt so real to me and who I was reluctant to let go of, even when the book ended.

So be warned that this book will break you, even if you are convinced it won’t! But you do need to read it, take all of these wonderful characters into your heart and then just be truly thankful for all that you have.

If Only I could Tell You was published by Orion on 21st February 2019. 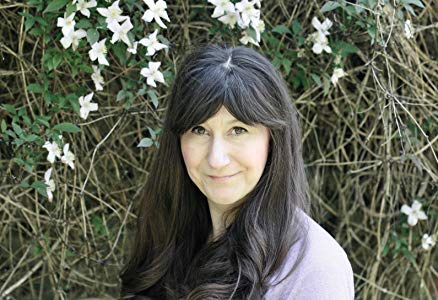 Hannah Beckerman is an author, journalist and broadcaster. She is a regular contributor to The Observer, The FT Weekend Magazine, and The Sunday Express, and was the book critic on Sara Cox’s Radio 2 Show. She chairs literary events around the UK and has been a judge on numerous book prizes including the Costa Book Awards.

Prior to becoming a full-time writer, Hannah was a TV Executive who spent fifteen years producing and commissioning documentaries about the Arts, History and Science for the BBC, Channel 4 and Discovery USA before turning her hand to writing.

Hannah lives in London with her husband and their daughter.