Today I’m delighted to be sharing my review of What You Did by Claire McGowan. This is one of the Kindle First books on Amazon this month and I highly recommend you get a copy if you’re signed up for Kindle First where you get to chose a free book on the first of each month.

Many thanks to Emma Welton for my spot on the blog tour.

A vicious assault. A devastating accusation. Who should she trust, her husband or her best friend?

It was supposed to be the perfect reunion: six university friends together again after twenty years. Host Ali finally has the life she always wanted, a career she can be proud of and a wonderful family with her college boyfriend, now husband. But that night her best friend makes an accusation so shocking that nothing will ever be the same again.

When Karen staggers in from the garden, bleeding and traumatised, she claims that she has been assaulted by Ali’s husband, Mike. Ali must make a split-second decision: who should she believe? Her horrified husband, or her best friend? With Mike offering a very different version of events, Ali knows one of them is lying, but which? And why?

When the ensuing chaos forces her to re-examine the golden era the group shared at university, Ali realises there are darker memories too. Memories that have lain dormant for decades. Memories someone would kill to protect.

Ooooo I REALLY loved this one! I’d been looking forward to it so much as well that it is such a relief to be able to say just how much I did enjoy it! Although maybe “enjoy” is too light and fluffy a word to use as this psychological thriller has a very dark, violent storyline that some may struggle to cope with due to its theme of rape. So I think Claire McGowan did an excellent job of keeping her plot tightly woven and her readers committed to discovering the truth about the night Ali’s world falls apart. We are kept guessing as to which of her characters is lying and she managed this in a way that wasn’t overwhelmingly emotional or suggestive which could have happened due to the subject matter.

An evening of drinking with old university friends ends with a shocking discovery when Ali’s best friend Karen is allegedly raped by Ali’s husband Mike. Ali’s loyalties are torn in two as both parties are convincing in their retelling of the events of that night. But within a few hours Ali’s life collapses around her as she has to decide who to believe whilst wondering if everything she thought she knew about those closest to her is a lie.

I have to say that although the six university friends had a close bond between them, things did feel a bit off right from the start. None of them were particularly likeable people and I found a lot of their actions quite narcissistic and unnecessary! The way they all acted around the children was particularly shocking and I certainly didn’t expect some of the twists that started to come along thick and fast at one point. So it’s full credit to Claire McGowan that I actually cared about the outcome here and I’m pleased to say that she delivered on that account too!

Whilst I have enjoyed the Paula Macguire series that Claire is better known for, I’m much more of a standalone psychological thriller kind of girl so I’m glad that Claire has gone back down this route for What You Did. The dark and often disturbing storyline gripped me within the first few pages and I knew that it was going to be a book that I would struggle to put down…and it was!

One of my favourite books so far in 2019 and highly recommended by me! 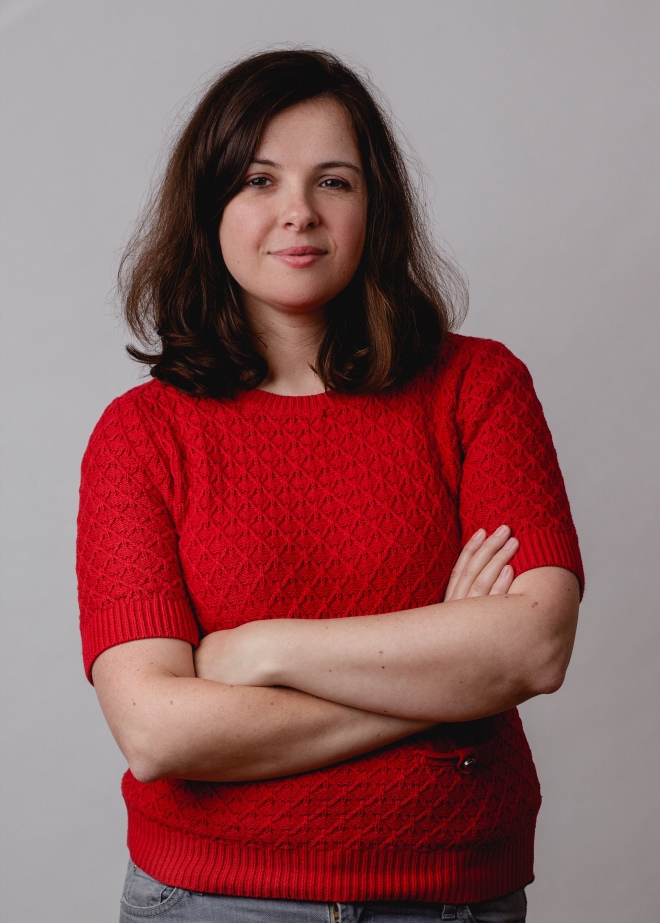 Born in Northern Ireland in 1981, Claire McGowan studied in Oxford then lived overseas in France and China. She is the author of standalone thriller The Fall, and the Paula Maguire series, including The Lost, The Dead Ground, The Silent Dead, A Savage Hunger, Blood Tide, and The Killing House. The Paula Maguire series was optioned by the BBC in 2014. A ten-part radio drama written by Claire was broadcast on Radio 4 in early 2019, and as a screenwriter she was selected as the 2017/18 Nickelodeon International Writing Fellow.

Claire set up the Crime Thriller Writing MA at City University, London, and has also taught for the ArvonFoundation, Guardian Masterclasses and at many literary festivals.

As Eva Woods, she has published four women’s fiction novels, including the bestselling How To Be Happy