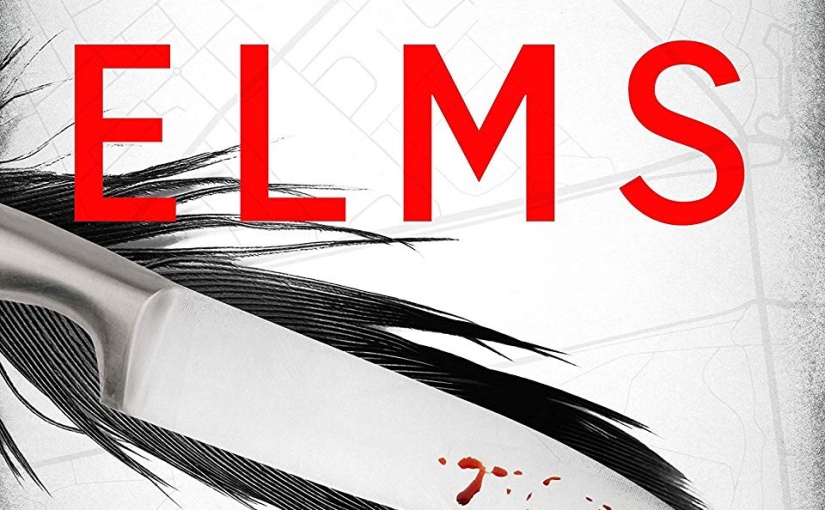 So today I am absolutely thrilled to be on the blog tour to celebrate the hardback publication of Nine Elms by Robert Bryndza. 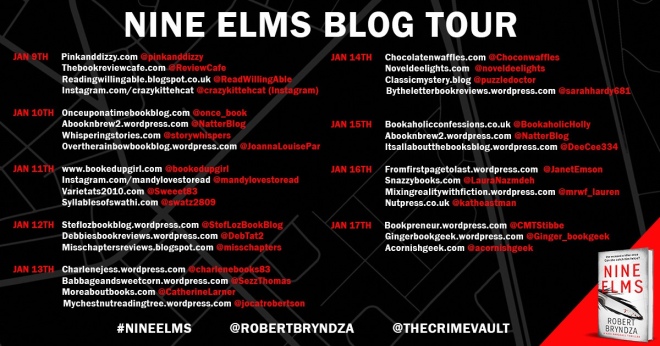 From the breakthrough international bestselling author of The Girl in the Ice, a breathtaking, page-turning novel about a disgraced female detective’s fight for redemption. And survival.

Kate Marshall was a promising young police detective when she caught the notorious Nine Elms serial killer. But her greatest victory suddenly became a nightmare.

Fifteen years after those catastrophic, career-ending events, a copycat killer has taken up the Nine Elms mantle, continuing the ghastly work of his idol.

Enlisting her brilliant research assistant, Tristan Harper, Kate draws on her prodigious and long-neglected skills as an investigator to catch a new monster. But there’s much more than her reputation on the line: Kate was the original killer’s intended fifth victim . . . and his successor means to finish the job.

Here’s what I thought…

Robert Bryndza is an author who’s books I have loved for a few years now. His Erika Foster series is AMAZING and I can highly recommend it if you’ve not read it. So I am sure you can understand why I was incredibly excited to hear he had a new heroine on the way but also a little apprehensive…how would this new series measure up to Erika Foster?! Well I am happy to tell you that Nine Elms completely blew me away and I think I like Kate Marshall EVEN MORE!!! Kate used to be a police officer but when she got too close to a notorious serial killer and nearly ended up as one of his victims, she had to leave the job that she loved. Lecturing in criminology keeps her busy but when she is contacted by someone from the past, she is drawn back into the nightmarish case she has fought so hard to forget. Kate sets out to investigate with her research assistant Tristan and uncovers a copycat killer who’s not happy that Kate escaped her fate 15 years previously…

Nine Elms is a dark, often graphic, hard hitting crime thriller. There were times I wanted to cover my eyes whilst reading it and frequently wanted to shout out at the characters to not take the actions they were intending as I could see EXACTLY where they would take them and it wasn’t looking good!! Kate herself was a brilliant character creation. Intelligent, determined and unrelenting in her search for the truth, she was a flawed but relatable investigator who’s private life contained more than a few shocks! I expected plenty of rollercoaster ups and downs as Kate became obsessed by a copycat killer but OMG I did not expect half of the twists carefully woven throughout the storyline! This book should come with a warning for those with high blood pressure as I’m sure mine was sky high by the time I got to that chilling denouement. And Robert Bryndza has left me wanting so much more from Kate Marshall! She’s such a fascinating woman and I found myself liking her far more than I had ever expected to. So I need book 2 in this series in my life as soon as possible!

Nine Elms is the perfect start to this new series. It’s gritty and downright chilling and I loved it! In fact I loved it so much, it made my top reads of 2019 list! So grab your copy now and be there at the start of Kate’s journey as I have a feeling it’s going to be a very dark and bumpy ride!

Robert Bryndza is the author of the international #1 bestselling Detective Erika Foster series. Robert’s books have sold over 3 million copies and have been translated into 28 languages. He is British and lives in Slovakia.