Today it is my turn to share my review of The Perfect Mother by Caroline Mitchell. Many thanks to Sarah Hardy from BOTBS Publicity for my spot on the tour and my review copy of the book.

She thought they wanted her baby. But they won’t stop there.

Roz is young, penniless and pregnant. All she wants is to be the perfect mother to her child, but the more she thinks about her own chaotic upbringing, the more certain she is that the best life for her baby is as far away as possible from her hometown in Ireland.

Determined to do the right thing, Roz joins an elite adoption service and can’t believe her luck. Within days she is jetting to New York to meet a celebrity power couple desperate for a child of their own. Sheridan and Daniel are wealthy and glamorous—everything Roz isn’t. Her baby will never go hungry, and will have every opportunity for the perfect life. But soon after Roz moves into their plush basement suite, she starts to suspect that something darker lurks beneath the glossy surface of their home.

When Roz discovers she isn’t the first person to move in with the couple, and that the previous woman has never been seen since, alarm bells start ringing. As the clock ticks down to her due date, Roz realises her unborn baby may be the only thing keeping her alive, and that despite her best intentions, she has walked them both into the perfect nightmare…

What did I think?

Wow!! This is an entertaining and twisty read that will have you on the edge of your seat throughout! It’s a stand-alone psychological thriller from the fabulous Caroline Mitchell that had me hooked from the very first chapter. A pregnant woman in danger?! What could be more terrifying than that? Well, throw in a celebrity couple who aren’t what everyone thinks they are and a mysterious disappearance and you’ve got one of the most sinister pregnancies since Rosemarys Baby!

Roz is a good catholic girl who, at the age of 24, has lost her job and is unexpectedly pregnant. Discovering a website where she can have her child adopted, she is overwhelmed when a celebrity couple get in touch and she jets off to New York to meet them. Yes, I know you have to suspend belief at some of the plot twists and turns but this is fiction and it’s highly addictive entertainment at its best! You won’t be the only one mentally screaming at Roz “what the hell are you doing?!” as she makes decisions that you and I know are going to lead to very bad consequences indeed. But Roz is a plucky heroine of the best kind and she’s determined not to be a victim but the closer she gets to her due date the worse her fears for herself and her unborn child become…because her baby’s birth may be the death of her dreams of a new life or worse.

Caroline Mitchell has written a fabulous rollercoaster ride of a book with characters you will love to hate and twists you just won’t see coming (well, some of them I did but others really shocked the hell out of me!). The Perfect Mother is compelling from start to finish and just a bloody good read! Loved it! 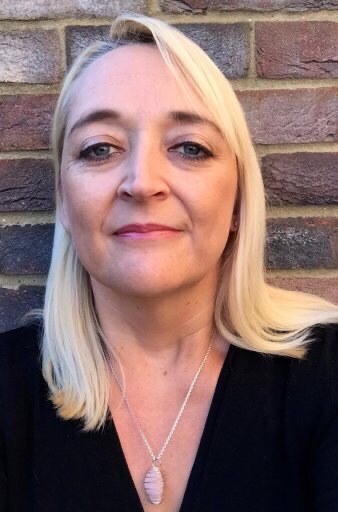 An international #1 and New York Times, USA Today and Washington Post bestselling author, Caroline originates from Ireland and now lives with her family on the coast of Essex. A former police detective, Caroline has worked in CID and specialised in roles dealing with vulnerable victims, high-risk victims of domestic abuse, and serious sexual offences. She now writes full time, with over a million books sold.

As well as her crime series, Caroline also writes stand-alone psychological thrillers. The most recent, Silent Victim reached the Amazon number 1 spot in the UK, US and Australia and won first place as best psychological thriller in the US Reader’s Favourite Awards. Her previous thriller, Witness, was shortlisted for the International Thriller Awards in New York. She has also been shortlisted for ‘Best Procedural’ in the Killer Nashville awards. Her crime thriller, Truth And Lies recently became a No.1 New York Times best seller and has been optioned for TV. Her works have been translated worldwide and her book, The Silent Twin, has been converted as an interactive app in the Chapters Interactive game.

3 thoughts on “The Perfect Mother by Caroline Mitchell #blogtour @BOTBSPublicity”