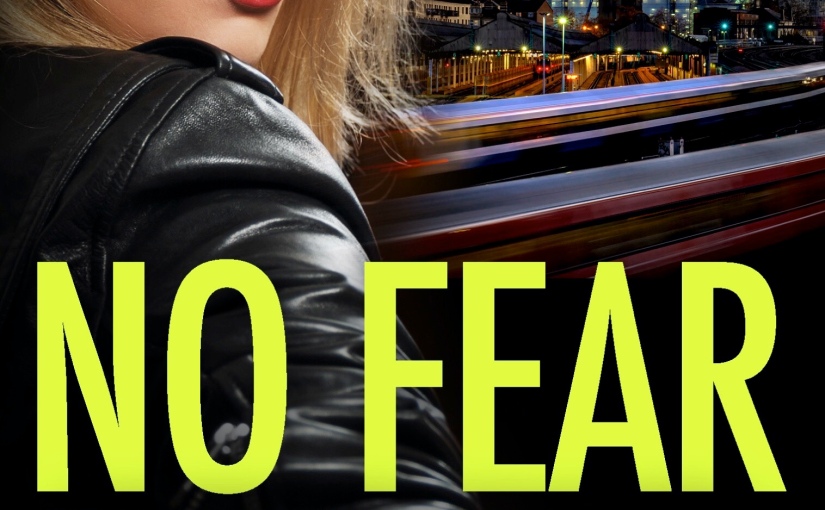 Today I’m on the blog tour for No Fear by the fabulous Casey Kelleher. Huge thanks to Noelle at Bookouture for my blog tour invite and review copy of the book.

She wanted to save a life. Now she must fight to save herself.

When DC Lucy Murphy meets Debra, wife of feared drug dealer Gerard Jennings, she sees a young woman in urgent need of help. Brutalised by her husband, Debra is too terrified to tell the police what she knows. But Lucy is determined to bring Gerard down – for Debra’s sake, and the safety of the Griffin Estate.

Meanwhile, after the death of one of his drug runners, Gerard is under pressure from his bosses to prove he’s still up to the job. Facing threats of violence as well as police interest, Gerard is getting desperate – and desperate men are the most dangerous of all.

As Lucy prepares to go undercover in Gerard’s gang to get the evidence she needs to arrest him, her beloved grandmother Winnie starts acting strangely. She mentions a man visiting her at night in her care home, but that makes no sense – does it?

Any distraction could prove deadly for Lucy and the people she’s trying to protect. But she has backed a vicious man into a corner, and he’ll stop at nothing to get what he wants.

A gritty, shocking, action-packed thriller that will have you on the edge of your seat until the very last page. Fans of Martina Cole, Kimberley Chambers and Jessie Keane will love this.

I loved the first book in the DC Lucy Murphy series and was excited to meet her again in this follow up. But don’t worry if you haven’t read No Escape (even though you definitely SHOULD!) as No Fear can easily be read as a standalone thriller. It was great to be back on the Griffin Estate with Lucy even if some things never change in the neighbourhood from hell!

Lucy wants to help Debra, the beautiful young wife of nasty drug dealer Gerrard by getting him off the streets. Gerrard is a violent thug who beats his wife and has no qualms about doing away with anyone who gets in his way in and out of his home. When the death of a young criminal occurs, Gerrard is in the frame but Lucy needs evidence to get him put away before anyone else gets hurt. And why is Winnie her beloved grandmother saying a man keeps coming into her room? Lucy is about to join the dots of a case that could end up costing more lives than she’s prepared to lose…

Casey Kelleher brings her Griffin Estate to life with a cast of colourful and often unlikeable characters whose lives revolve around their neighbourhood-often a place they wish to escape but are trapped there. Ofcourse there are always residents who want to help and protect their fellow neighbours and Debra has her best friend to keep an eye on her and her children but there are some very dark moments as she fights for survival. The storyline following Debra ran alongside Lucy’s own struggles with her Nan and there were some real “heart in my mouth” moments as the previous dementia storyline continued here. Lucy is a great character creation and I love her! Her backstory isn’t mentioned so much here but it’s an integral part of who she is and why she does what she does.

A cracking gritty gangland thriller from an amazingly insightful author. A well deserved 5 stars from me!

Born in Cuckfield, West Sussex, Casey Kelleher grew up as an avid reader and a huge fan of author Martina Cole.

Whilst working as a beauty therapist and bringing up her three children together with her husband, Casey penned her debut novel Rotten to the Core. Its success meant that she could give up her day job and concentrate on writing full time.

2 thoughts on “No Fear by Casey Kelleher @bookouture”