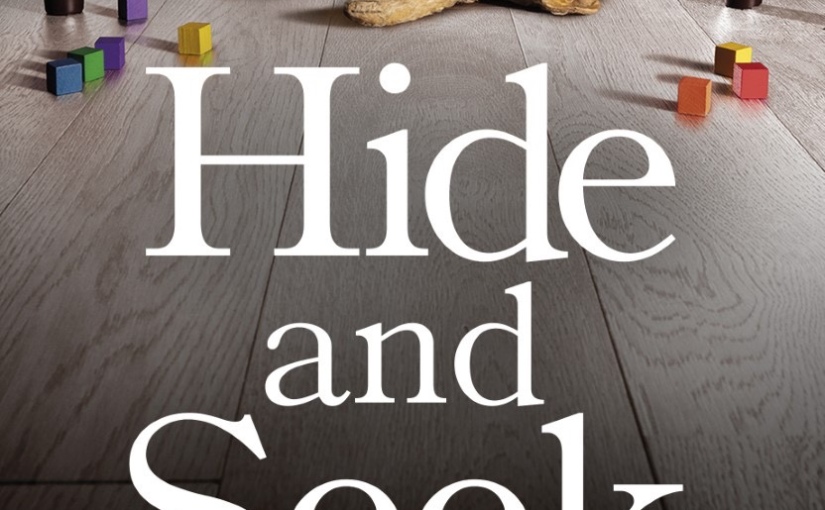 Close your eyes.
The game of hide and seek is over, everyone has gone home, but little Lily Murphy hasn’t been found. Her parents search the woods and tell themselves that the worst hasn’t happened – but deep down they know this peaceful Dublin suburb will never be the same again.

Count to ten.
Years later, Joanna moves into a new house. It seems perfect in every way, until she learns that this was once Lily Murphy’s home. From that moment onwards, a sense of dread seems to follow her from room to room.

And when you open them, your child is gone.
As Joanna unravels the secrets at the heart of this close-knit community, her own dark past begins to resurface. Because she thinks she knows what really happened to Lily – and if the truth gets out, it might be her undoing…

Having loved All Her Fault by Andrea Mara, I had preordered Hide and Seek as I couldn’t wait to read it! All Her Fault was one of my favourite books of 2021 and I’d even lent it to my daughter who took it on holiday with her and also said it was one of the best books she’d ever read! So Andrea Mara had a lot to live up to and I’m pleased to say she absolutely did-Hide and Seek is bloody brilliant!

When Joanna, her husband and family move back to Marks hometown of Ravensbrook, she loves their new house. But when she finds out that it once belonged to the Murphy family who’s daughter Lily went missing when she was 3 years old, Joanna feels unsettled and upset that it wasn’t mentioned before. Lily was never found and has always been presumed drowned in the local river after disappearing whilst out playing. But what really happened to Lily! Joanna feels connected to the case and starts playing detective herself in a dangerous but unstoppable investigation…

Hide and Seek is every mothers worst nightmare! It’s a game that I have never liked as I always panicked when my children were out of sight! Lily went missing in different times though, those glorious days when children from the neighbourhood played out from dawn to dusk, only coming home when an empty stomach forced their return! Usually the children look after their own so it was surprising when things started to come out that maybe that wasn’t the case here! But there were so many red herrings, twists and turns that it was impossible to work out what had happened to Lily so I gave up and just immersed myself in this wonderfully involving book!

Andrea Mara is an amazing storyteller and weaves a thoroughly enjoyable tale where you think you know what’s happening and then BAM! a plot twist throws everything you thought you knew out of the window! The characters in Hide and Seek are hiding so many secrets from each other that I learned to trust no one. And Joanna also has a past she doesn’t want to reveal, not even to her family, and is much closer to the truth about what happened to Lily than she wants to admit! But the whole community needs to look within and Joanna may be the catalyst needed to solve the mystery once and for all.

As soon as I finished Hide and Seek I messaged my daughter to tell her that she needed to come back to the “library of mum” and read Hide and Seek! And I know she’s going to love it just as much as I did!

Hide and Seek was published by Bantam on 4th August 2022.

Andrea Mara is a Sunday Times and Irish Times top ten bestselling author, and has been shortlisted for a number of awards, including Irish Crime Novel of the Year. She lives in Dublin, Ireland, with her husband and three young children, and also runs multi-award-winning parent and lifestyle blog, OfficeMum.ie. Hide and Seek is her second thriller to be published in the UK and internationally.

3 thoughts on “Hide and Seek by Andrea Mara”