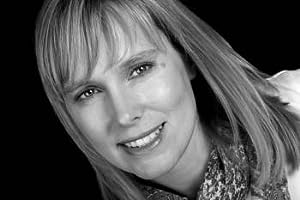 Today I’m really pleased to be part of the blog tour for Beneath The Ashes, the second book in the DI Will Jackman series by Jane Isaac.

The floor felt hard beneath her face. Nancy opened her eyes. Blinked several times. A pain seared through her head. She could feel fluid. No. She was lying in fluid.

When a body is discovered in a burnt-out barn in the Warwickshire countryside, DI Will Jackman is called to investigate.

Nancy Faraday wakes up on the kitchen floor. The house has been broken into and her boyfriend is missing. As the case unravels, DI Jackman realises that nothing is quite as it appears and everyone, it seems, has a secret.

Can he discover the truth behind the body in the fire, and track down the killer before Nancy becomes the next victim?

I love the way Jane Isaac writes so I am extremely happy she has introduced us to such an amiable character as DI Jackman as she has now created the perfect package for me as a reader! I just LOVE Will Jackman-I have total “fictional character crush” on him-and Jane Isaac has weaved her storytelling magic around him in a realistic police procedural that hit all the right buttons for me! If you haven’t discovered Will Jackman yet you will be able to catch up on his back story here so don’t worry but please do take time to read her other books especially Before it’s Too Late, the first in this series.

Nancy Faraday wakes up on the floor of her boyfriends home covered in blood with no memories of the previous night and her boyfriend Evan is missing. Nearby, DI Jackman is called to a fire in a farmers barn where a body has been found. Could there be a connection between the two? And if there is, could it be as clear cut as we think? Of course not!! There are so many different twisty threads throughout this investigation that I gave up trying to figure out who and why, and just let the story slowly wash over me and enjoy the drama as it came along.

The parts of the book surrounding Will and his wife and daughter are very well handled and sit in the background as an aside to the main action but giving a gentle insight to his character and work ethic. It’s nice to have a police detective who feels like he would be the one to turn up on your doorstep if you call 999, with his sympathetic and reliable manner. I felt quite sorry for him towards the end but also desperate to find out what’s in store for him next.

This really is an edge of your seat crime thriller. It flows so well that before you know it you will be halfway through and unable to put it down until you finish.  I really enjoyed it and highly recommend it to fans of police procedural novels as an excellent example of its genre. And no pressure, Jane Isaac, but I need more Will Jackman in my life!

Thank you to Legend Press for my review copy of Beneath the Ashes.

Beneath the Ashes: Shocking. Page-Turning. Crime Thriller with DI Will Jackman

is published by Legend Press and is available to buy now from Amazon UK.

Jane Isaac lives with her husband, daughter and dog, Bollo, in rural Northamptonshire.

Her first novel, An Unfamiliar Murder, was published in the US in 2012 and nominated as best mystery in the eFestival of Words Best of the Independent eBook awards 2013 .

The Truth Will Out, was selected Crime Thriller of the Month by E Thriller.com and Noveltunity Book Club Winning Selection. Before It s Too Late was published 1st June 2015.