You know that feeling. Your life’s on track and all is going well. And then something monumental occurs that turns everything on its head. It happens to everyone but, for Kristin Ryder, it was much, much worse . . .

When up-and-coming photographer Kristin begins to receive anonymous emails, her life in a trendy loft in London’s Hoxton with Anton, her ultra-cool, street-artist boyfriend, suddenly begins to feel unsafe. The emails come with sinister attachments that suggest the sender has an intimate knowledge of Kristin’s past, and soon her life spirals out of control.

Who can she trust? And will she be able to discover the sender’s identity before it’s too late?

Breathtaking and shocking, Exposure by Aga Lesiewicz will grip you until the last snap of the camera shutter.

I have been waiting to read this second book by Aga Lesiewicz since I finished her first book Rebound which was one of my top reads of 2015. The London setting of that book combined with a palpable sexual tension and the most adorable chocolate Labrador called Wispa added up to an unputdownable, edge of your seat thriller. So I went into Exposure with very high expectations and although it didn’t reach quite the same dizzy heights for me as Rebound, it more than fulfilled my need for a dark, racy and twisty psychological thriller. And if you’ve read Rebound there is a nice little surprise in there for you with one (and maybe another!!) character making a guest appearance!

Kristen seems to have it all here, the great job (although the “toys” she photographs here certainly aren’t the sort you would find in your local kiddies toy shop!! Keep an open mind!) and the sexy French boyfriend, whilst living in a fabulously trendy loft in London. Now I’m a country girl at heart but the author paints such a fabulous portrait of city life that I just want to pack up my bags and move down south to join the hipsters of Shoreditch! Her descriptions, of the restaurants, takeaways and bakeries especially, really brought the area to life and I found myself on streetview at one point roaming the areas and landmarks that Kristin visited.

There were plenty of twists here and more red herrings than Billingsgate Fish Market as Kristen journeys to discover who is sending her the Exposure emails. Whilst I had an idea of who it could possibly be, I was never 100% convinced I had it right and I loved that uncertainty as it added an extra edge to the tension as it built towards its breathtaking finale.

So now I’m back to awaiting the THIRD London based thriller from Aga Lesiewicz! If you haven’t read anything by this author before then I do highly recommend you try her books. Exposure is an intelligent and provocative thriller with an intriguing premise that will have you changing all the passwords on your laptop and sticking a plaster over your webcam!

Exposure: An addictive and suspenseful thriller from the bestselling author of Rebound

is available to purchase now. 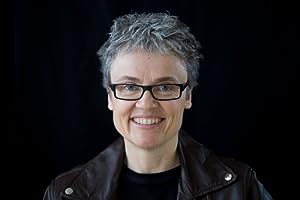 Aga Lesiewicz is a former TV producer and director. A knee injury led to a change in her career and prompted her to write her first psychological thriller ‘Rebound’. She lives in London.

Can you ever truly know someone? And what if you suspect the unthinkable?

London, five months before 7/7. Georgie, a young woman wary of relationships after previous heartbreak, gives in and agrees to sleep with close friend Julian. She’s shocked when Julian reveals he’s loved her for a long time.

But Georgie can’t resist her attraction to Nikolai, a Russian former soldier she meets in a pub. While Julian struggles to deal with her rejection, Georgie realises how deeply war-time incidents in Chechnya have affected Nikolai. She begins to suspect that the Russian is hiding something terrible from her.

Then London is attacked…

Blind Side explores love and friendship, guilt and betrayal, secrets and obsession. An explosive, debate-provoking thriller that confronts urgent issues of our times and contemplates some of our deepest fears.

This book wasn’t at all what I had expected from the general description but I do love it when a book surprises me that way. It carried a lot more depth than I had assumed it would as it delved into some of the more current issues facing us in our country at the moment and due to that I found myself far more engrossed than I was expecting to be!

Now we all know that it is possible for men and women to just be friends nowadays. But more often than not one person harbours hopes of that relationship developing into more. And that’s what happens when Georgie sleeps with long time friend and confidant Julian. As soon as its over she knows she has made a huge mistake but she doesn’t realise how big a mistake until Julian announces that he is actually in love with her. I really felt for Georgie, in that her one night stand caused her more stress than she had been expecting, but then she met Nikolai and the story took off in an intriguing direction far more interesting and topical than I had hoped! Although set around the time of the 7/7 bombings it actually felt very current as it was around that time that the country became more suspicious of foreigners due to a perceived threat of terrorism which leads us to where we are today. The relationship between Georgie and Nikolai isn’t one approved of by Julian or by Georgies father and it becomes apparent that someone is determined to stop their intense liaison. But can Georgie trust the Russian ex soldier? Nikolai was a bit of a closed book for me. Although he started to open up to Georgie, I was never sure of his motives. As the book went on, I found myself being more involved and curious about his past life and hoping that he wasn’t the person everyone assumed him to be. He also brought an unexpected sensuality to this thriller making their association seem much more dangerous.

I found this a unique and fascinating read from start to finish  and was able to connect with Georgie immediately and so hoped for a ending for her. It had a well-crafted and well-researched plotline leading to a quite shocking denouement and I would certainly come back to this author again in the future.

Thank you to the author for my review copy of Blind Side: A gripping psychological thriller

which I chose to read and review and is now available to purchase on Amazon UK. 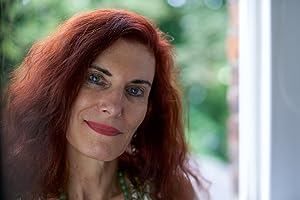 Jennie Ensor is a Londoner descended from a long line of Irish folk. For much of her life she’s been a wandering soul, but these days she lives with her husband and their cuddle-loving, sofa-hogging terrier. As well as from reading and writing novels, she loves poetry. Her poems, published under another name, tend to inhabit the darker, sometimes surreal side of life.When not chasing the dog, lazing in the garden in the sun or dreaming about setting off on a long train journey with a Kindleful of books, Ms E can generally be found writing or doing Writing Related Stuff. WRS can include singing and playing the piano (vital for de-stress) and watching thrillers/spy dramas on TV (research). She is now hard at work getting her second novel ready for publication, a dark and unsettling psychological thriller.

A psychopath is loose in London. Detective Joe Stone must hunt the serial killer before a gangland civil war breaks out.

Wow! This debut crime thriller raises your heart rate right from the first page and doesn’t let up the tension until the very last sentence, the one that will have you screaming “WHAT??? I need the sequel and I need it NOW!!”

This is a very self assured debut by Jack Steele and a great introduction to Joe Stone (a reference to his appearance being a little like Ryan Phillipe helps the imagination!). It’s a sharp and snappy way of storytelling with short chapters some ending with mini cliffhangers, which mean you fly through the book unable to stop at the end of the previous chapter. It felt very fresh and flowed with a heart racing speed through the hunt for the “loose cannon” with twists and turns at every junction you come to.

Although in essence a police procedural, I actually loved the gangland element of this thriller. From the opening chapter, with its nightmare feel as Marcia realises there is someone in her bedroom, the pace never lets up as two crime families are brought together in a forced war. And it was a touch of genius to have the backstory of Stone’s girlfriend Gemma having being abducted a year before. It gave him a vulnerability that made him easier to relate to.

I actually got up extra early (foregoing my school holiday lie in!) so I could sit in peace and quiet to finish this off this morning. But I had to have a nice calming chamomile tea after instead of my morning coffee as I’m not sure my heart needed that extra shot of caffeine after the rush of the final few pages! In fact this reminded me of those early Simon Kernick novels for that adrenaline fuelled rush you get whilst reading!

I’m now looking forward to reading more by Jack Steele and hope the sequel can live up to the promise of this first enjoyable instalment.

I received my review copy from the author.

was self published on 26th January 2016 and is available to buy from Amazon.